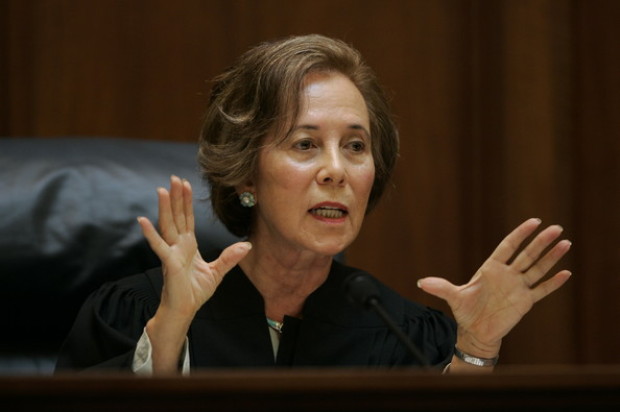 California Supreme Court Justice Joyce Kennard announced Tuesday that she will retire from the court on April 5.

Kennard, 72, is the longest-serving justice on the seven-member court. She was appointed by Gov. George Deukmejian in 1989 and her April 5 retirement date will mark her 25th anniversary on the court, which has its headquarters in San Francisco.

She announced her retirement in a letter to Gov. Jerry Brown, who will appoint her successor.

“The state and its people have been very well served by Justice Kennard and her independence and intellectual fortitude have left a lasting mark on the court,” Brown said in a statement.

Kennard was born in Indonesia and immigrated at age 20 to the United States, where she earned her undergraduate degree, a master’s degree in public administration and her law degree from the University of Southern California.

She referred to her immigrant experience in the letter to Brown, saying, “Any success I achieved could have happened only in America, a land that encourages impossible dreams, a land where one can succeed against all odds.”

Before being appointed to the state high court, she served as a deputy California attorney general, a Los Angeles County Superior Court judge and a justice of the state Court of Appeal in Los Angeles.

Kennard’s replacement will be Brown’s second appointment to the court. His first was University of California at Berkeley law professor Goodwin Liu.