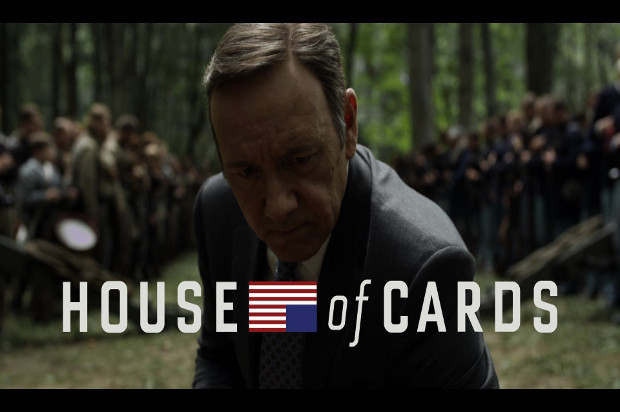 Maybe we’ve been spoiled by the overall pageantry of North Korea (and still reeling from China’s opening ceremonies from the 2008 Summer Games), but when we see oppressive governments put on a show we expect a gaudy precision. After the Opening Ceremonies at Sochi, I was merely left with this uneasy hole in my stomach. And that wasn’t necessarily the homophobia, botched Olympic ring ceremony, NBC’s doctoring of opening remarks or dispatches from journalists about the state of Sochi talking. It sure didn’t help, though.

If an oppressive government cannot make me forget any of the preceding by way of a glorified summer camp talent show sketch, than what is the point?

The Winter Olympics presents a dead zone for television for the next couple of weeks, but we can make it through this together.

Monday, February 10
Top Gear (8pm, BBC America, season premiere)
The best thing about Top Gear is that only a passing knowledge of automotive vehicles is needed (by knowledge I mean, at least having ridden in a car) in order to enjoy the beautifully crafted show, the stunts pulled, and the banter between hosts Jeremy Clarkson, Richard Hammond, and James May.

Wednesday, February 12
Broad City (Comedy Central)
I wrote about Broad City’s series premiere a couple of weeks ago, but this is a show that deserves its double dip of daps (also there is pretty much nothing on tonight). Broad City is incredibly funny, and since it’s existed as a web show for nearly four years, the chemistry between Abbi Jacobson and Ilana Glazer is iron clad. In fact, it might be a spell unfair to call it a freshman sitcom, that’s just making other freshman sitcoms look bad. Did I mention comedian Hannibal Buress is in it? And more Hannibal (Buress and the NBC show) is always a great thing.

Also let me take this opportunity to mention the ladies of Broad City will be embarking on a live stage tour that will be coming to San Francisco March 28 at the Great American Music Hall.

Thursday, February 13
Appalachian Outlaws (10pm, History, season finale)
Every great scripted television show has an equal and opposite reality show variant. In History’s attempt to grab some shine from Justified, Appalachian Outlaws focuses on American ginseng harvesters. According to the show’s about page, “Whoever controls the ginseng, controls the mountains” because we all need more Dune references in our life.

Friday, February 14
House of Cards (Midnight, Netflix, complete second season)
Nothing says a romantic Valentine’s Day quite like the second season of the original scripted offering from Netflix. Gird your loins for a second season of mad power grabs, backstabbing in Washington, and Zack Morris-esqe fourth wall breaking from Kevin Spacey’s Southern drawl, chewing up the scenery like hogs to a slaughter (and other assorted metaphors for destroying your opposition).

Saturday, February 15
Ghost Adventures (9pm, Travel, winter season premiere)
What if the Ghost Adventures team were all just tweens who made a wish to be adults, a la Tom Hanks in Big? It would explain the shirts with skulls on them and the consistent schoolyard-caliber antagonism of the ghost they adventure to investigate. In the winter season premiere, the team investigates the ghost of Sharon Tate, who was brutally murdered by Charles Manson’s family. I’m sure by “investigate” they mean do a bunch of hip gyrating and wondering out loud if Sharon Tate can still get it even in the after life. But that’s not a question because of course she can.

Outrageous Acts of Science (10pm, Science Channel, season premiere)
Outrageous Acts of Science is a Best Week Ever type of show that swaps out celebrity obsession and pop culture snark with clips found on the internet to teach scientific principles demonstrated in said clips using scientists, which get swapped out for comedians. WHAT LEARNING GET OUT I DON’T WANNA LEARN STOP STOP TELLING ME IT’S NOT MY FAULT

Sunday, February 16
The 2014 EE British Academy Film Awards (8pm, BBC America)
The BAFTAs are England’s version of the Oscars. Which, any Anglophile would automatically assume, that it makes it way more classy than the ugly colonial Oscars. I’ll be waiting with baited breath for acceptance speeches that will use the British vernacular ‘boot’ for the trunk of ones’ car or use ‘crisps’ to describe potato chips and squealing over said usage although the nominees are pretty much the same as our colonial Oscars.