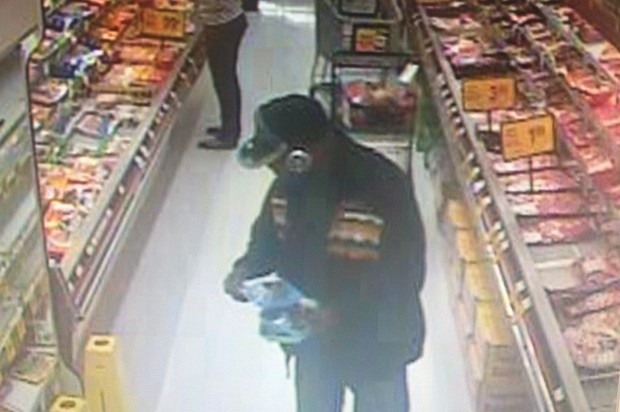 2/12 11:46 AM: Oakland police announced today that they have identified a person of interest in what was initially reported as a carjacking and kidnapping at the Lincoln Square Shopping Center on Tuesday. 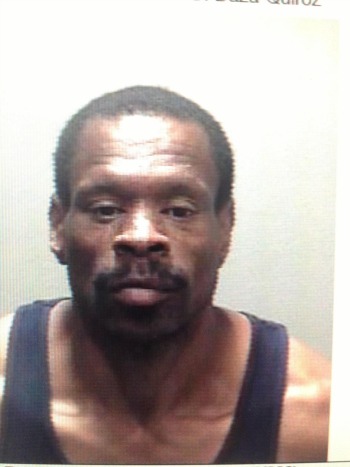 An Amber Alert was issued Tuesday afternoon after an incident outside a Safeway store at 4100 Redwood Road in which witnesses told police that a knife-wielding man had carjacked a vehicle with another man and a teenager inside it shortly before 1 p.m.

Police initially described the car as a red or burgundy Infiniti SUV with a license plate number of 6JFM648 but later said the vehicle might actually be a sedan.

Watson said Tuesday afternoon that initial reports indicated that the man with the knife did not appear to know the occupants of the car, who were described as an elderly man and a girl about 13 years old.

However, she said this morning that police have not received any missing-persons reports that match up with the case.

Just before the alleged carjacking, the suspect apparently shoplifted some items from the Safeway and then ran out of the store, Watson said.

McCamey was identified as a person of interest in the case after police released images of the shoplifter captured by store cameras and witnesses came forward to report that the person looked like McCamey, who is known to frequent the area around the Safeway.

Watson said law enforcement agencies have had contact with McCamey in the past, and that he has a history of committing thefts.

McCamey is described as black, 5 feet 7 to 5 feet 8 inches tall, and weighing about 165 pounds.

The suspect in Tuesday’s incident was described as a black man in his 40s, about 5 feet 7 inches tall and weighing about 165 pounds, with salt-and-pepper hair. He was wearing a green shirt, a blue jacket, blue jeans and headphones, police said.

2/11 10:19 PM: Police in Oakland are now focusing on a red or burgundy sedan in a manhunt for a suspect in the carjacking of a vehicle from the parking lot of an Oakland Safeway store with a man and a teenage girl inside this afternoon.

Reports came in around 12:50 p.m. of a man with a knife seen entering a vehicle outside the Safeway at 4100 Redwood Road, in the Lincoln Square Shopping Center off of state Highway 13, and forcing the driver to drive away, police said.

Police initially linked the license plate to a red or burgundy 2001 Infiniti SUV with a California license plate number of 6JFM648, but the FBI and East Coast law enforcement found the registered owner of that vehicle and determined that it did not have its plates, Watson said.

The plates are likely on a red or burgundy sedan and police are looking for that car with a focus on finding a car with a California license plate #6JFM648, Watson said. She said police have not determined whether that car or the plates were stolen.

Anyone who sees the car should call 911 immediately, police said.

“We don’t want anyone approaching this vehicle,” Watson said. “We have information that the suspect is armed with a knife … so we want to approach this vehicle very cautiously.”

The suspect is described as a black man in his 40s, about 5 feet 7 inches tall, with salt-and-pepper hair (photo above). He weighs about 165 pounds and was wearing a green shirt, a blue jacket, blue jeans and headphones, police said.

Just before the carjacking, the suspect was inside the Safeway and was apparently trying to steal something, Watson said.
He then fled the store and approached the SUV with the knife, she said. Police don’t yet know whether he stole anything from the Safeway.

Watson said multiple customers and employees witnessed the theft attempt, and others outside saw the carjacking.