“We have buildings that are just in, at times, awful condition”: Supe Wiener Takes Building Inspectors To Task 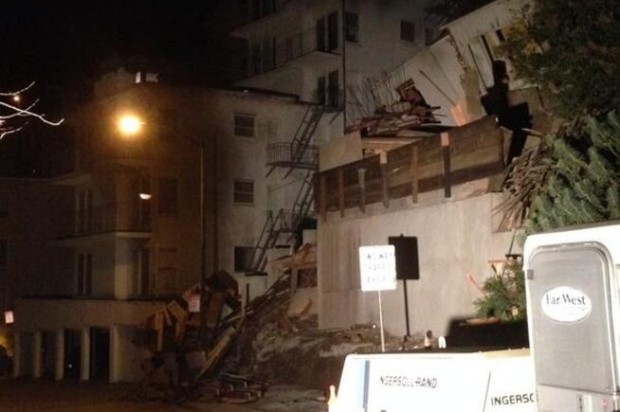 San Francisco Supervisor Scott Wiener today called for a hearing on whether the city is adequately enforcing its building codes on dilapidated or unfinished structures.

Wiener said the committee hearing will look at the inspection and enforcement policies of the city’s Department of Building Inspection and how it coordinates with other city agencies like the planning and fire departments and the Department of Public Health.

“We have buildings that are just in, at times, awful condition,” he said. “Sometimes these issues just linger. There’s a notice of violation issued but not sufficient follow-up.”

Wiener said the departments lack sufficient coordination and appear reluctant to pursue enforcement of codes in many cases because of budgetary concerns.

“There needs to be more willingness to go into enforcement, when appropriate,” he said.

Among recent cases, last month a house under remodeling in the city’s Twin Peaks neighborhood collapsed down a hillside. The home is owned by Melvin Murphy, a former member of the city’s Building Inspection Commission.

According to Department of Building Inspection spokesman William Strawn, the department’s policies toward getting property owners to come into compliance with building codes is “long and due process-driven” at the request of the city attorney’s office.

“If a case is really egregious, we turn it over to the city attorney” for enforcement, Strawn said.

However, Wiener said many of those cases are not referred to the city attorney and often end up unresolved.

“We need to learn from our city departments what their strategy is, how they make decisions, and whether they have the resources they need to do adequate enforcement,” he said.

Supervisor Malia Cohen is co-sponsoring the hearing request. She said in a statement, “When the city fails to hold negligent property owners accountable for compromising the public health, safety and welfare of our city, we are failing our residents.”