Appealing TV: State of the Super Union Bowl, American Horror Story: Coven, and The Man Who Would Be Bond 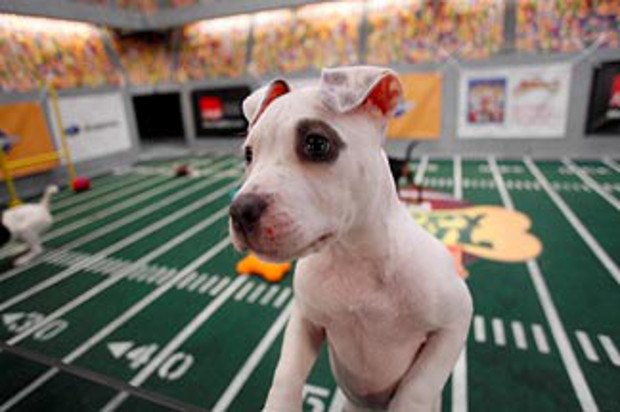 The Super Bowl is the Super Bowl of people proudly announcing that they’re not watching the Super Bowl. By all means, enjoy what you want to enjoy, feel free to opt-out of the Bill Hicks-ian nightmare of corporate sponsored brain damage, but flaunting an aggressive ignorance of sports and smugness about the whole situation is about as edgy and rebellious as your poorly worded Medium thinkpiece on Lena Dunham’s body image.

Monday, January 27
Hotel Impossible (10pm, Travel Channel, season premiere)
Watching service and hospitality makeover shows is a lot like watching NASCAR. While we say we would like to see the place of business turn it around, giving us an inspirational buzzy feeling in our guts, what we really want to see are the on-camera meltdowns and denouements letting us know that the place ended up closing down due to gross incompetence.

Tuesday, January 28
State of the Union 2014 (6pm, take your pick of whatever news mouthpiece you’d like)
During the yearly address, President Obama will be making his State of the Lock-nion and Super Bowl Shoo-In of the Nation. And he might plug his gameday Spotify playlist with songs that will get him hype for the big game. The surprise? The President is a big AC/DC fan.

The Capones (10pm, Reelz, series premiere)
The Capones proves that history is kept alive with the distant descendants of people who lived and breathed world events that changed the course of history. The dissonance that The Capones willfully creates is that one of America’s most infamous mobsters would, by no direct fault of his own, sire a bunch of goons that we all laugh at today. The guy playing Al Capone in Boardwalk Empire would be rolling over in his trailer if he could.

Wednesday, January 29
American Horror Story: Coven (10pm, FX, season finale)
American Horror Story is television’s way of letting series creator Ryan Murphy tire himself out, like when you take a hyperactive dog to the beach. We see it yelp and sputter and stunt cast Stevie Nicks as Stevie Nicks (“Hi, I’m Stevie Nicks”) and as the season inevitably flies off the rails and sputters to an close covered in slobber and stink, we know that Ryan Murphy done tired himself out. At least until next year. And that’s why the anthology format of the show works so well for him. For what it’s worth.

Fleming: The Man Who Would Be Bond (10pm, BBC America, series premiere)
It isn’t enough to manufacture a prequel. As Fleming: The Man Who Would Be Bond demonstrates, in order to really get to know source material (like, really really know) one must follow the creator even BEFORE they come up with the idea we all know them for. Fleming, in his defense, was a British naval intelligence officer during World War II, and used his experience to create James Bond. Which is an easier task to dramatize/draw inspiration from than, let’s say, following around writers during their formative years at Emerson, and the hours upon hours spent at coffee shops in Silver Lake staring at laptops before creating their masterwork.

Thursday, January 30
Celebrity Home Raiders (10pm, Lifetime, series premiere)
Because Celebrity Home Invasion was too strong, and Celebrity Botched Breaking and Entering, Manslaughter Charges was a mouthful. Save those themes for the second season, maybe?

Saturday, February 1
The Gabby Douglas Story (8pm, Lifetime)
To help you temper your Winter Olympics hype and rekindle your memories of the Fab 5 from the past Summer Olympics, have a biopic about Gabby Douglas.

Sunday, February 2
Kitten Bowl (12pm, Hallmark Channel)
The first ever Kitten Bowl makes its debut this year. This is just like AFC and the NFC before they merged into the NFL. And when kittens and puppies finally do play against each other, the matches that we (read: shut-ins with liberal arts degrees) want to see will finally get made.

Puppy Bowl X (3pm, Animal Planet)
In its tenth year, The Puppy Bowl is probably the purest form of competition out there in the world today. And remember, there’s still time to draft your Puppy Bowl teams!

Super Bowl XLVII (3:30pm, FOX)
Even if the weather makes the game basically unplayable on Sunday and ends up getting moved, you can still expect The Seattle Seahawks to face the Denver Broncos at MetLife Stadium in East Rutherford, NJ for the title of best football team until around this time next year. Be sure to get your snark ready for the halftime show with Bruno Mars, and make a mental note of what commercials to Youtube later. Speaking of, here is a teaser to the M&Ms commercial that will air during the Super Bowl.

New Girl (7:30pm, FOX)
One word. That I will be repeating three more times: PRINCE. PRINCE. PRINCE. PRINCE. Word on the street was that Prince himself asked New Girl to allow him to guest star. Because according to Jake Johnson, Prince only watches two things. The news and New Girl. And right after we have Brooklyn Nine Nine, riding a post-Golden Globes bump. (7pm, FOX). It’s Tuesdays on Sundays!