Woman Accused Of Causing Fatal Crash Is “devastated by the death of a young man,” But Pleads Not Guilty 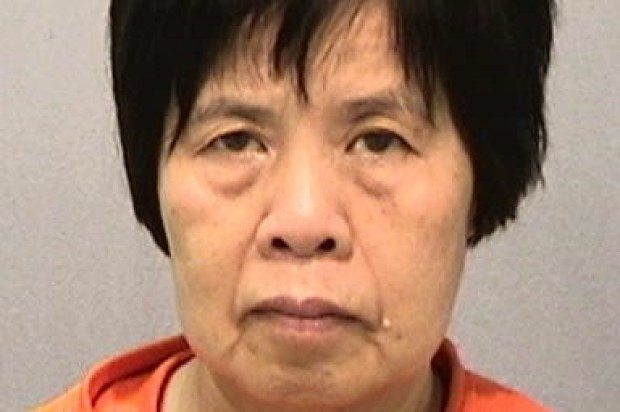 A 58-year old woman pleaded not guilty this afternoon in San Francisco Superior Court to felony gross vehicular manslaughter and reckless driving charges in connection with a crash that killed a 16-year-old boy in September.

Jennie Zhu, a San Francisco resident, was arraigned this afternoon on the manslaughter charge and two felony counts of reckless driving causing injury after hitting a car on Pine and Gough streets on the morning of Sept. 27.

Zhu allegedly went through multiple stoplights before rear-ending a minivan. 16-year-old Kevin San, a Lincoln High School student, was killed and his mother and sister were injured in the crash.

Zhu was arrested on the charges last Friday night but has since posted $300,200 bail.

She walked into the courtroom wearing large sunglasses and a blue scarf wrapped tightly around her neck with her husband, son and daughter surrounding her.

In court this afternoon, Assistant District Attorney Ana Gonzalez did not request an increase to the bail amount, allowing Zhu to remain out of custody.

Zhu and her family declined to comment outside of court after she pleaded not guilty to the charges.

Her defense attorney Alfredo Vea Jr. said outside of court that Zhu and her family are “devastated by the death of a young man” and the suffering of his surviving family members.

Vea said he and Zhu were surprised by the charges, considering she has no criminal record and no driving violations, save for the occasional parking ticket.

He said that Zhu’s mental and physical health had been an issue and that she has no memory of the crash.

According to the attorney, Zhu was driving after dropping her husband off at work when her car surged and suddenly she was in a car wreck.

Her car is also being examined for any mechanical issues, he said.

In the months since the incident, Vea said his client’s health has improved but she is still traumatized by the death.

District attorney’s office spokesman Alex Bastian said outside of court that if convicted of the three charges, Zhu faces a maximum of more than seven years in prison.

An attorney for the San family, Trent Goulding, said Kevin’s father did not want to attend today’s arraignment because “it would stir up feelings he’s trying to work through.”

The family is looking into filing a civil suit against Zhu in a separate, parallel process alongside the criminal proceedings, Goulding said.

Kevin’s mother, who was driving the minivan, was seriously injured in the crash and was only recently released from the hospital. She is still undergoing daily care for physical and memory issues, Goulding said.

Kevin’s sister, who is almost done with high school, was not as seriously injured as her mother, but is still affected by “residual symptoms” such as aches and pains and is attempting to cope emotionally, Goulding said.

She has not been in school during her recovery and is preparing to return to her studies, he said.

As for the criminal charges, Goulding said the family wants justice, but “whatever happens here won’t ever bring their son back.”

The next court hearing in the case will be Feb. 5. Zhu was granted permission to not appear in court for all proceedings in the case.