Tenderloin Cops Get Gift Of Defibrillators 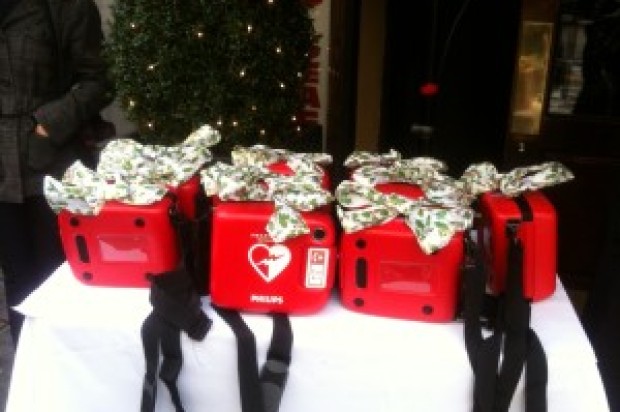 “We can save lives,” Suhr said. “As luck would have it, police officers are often the first ones on scene.”

John’s Grill restaurant owner John Konstin donated $20,000 to purchase the 10 devices for patrol vehicles in the Tenderloin, which Suhr said is an area “probably least likely to get $20,000 in private funding, but likely the most in need.”

Suhr said other private donations to help supply more patrol cars with AEDs can be made through his office.

Two actors demonstrated how a quick police response using the device can save a life. An actual police car whizzed down Ellis Street to offer assistance to a man who had “collapsed” in front of the restaurant.

Standing with Santa Claus next to a table filled with the donated AEDs tied up with bows, Konstin said, “I hope to save a lot of lives with this.”