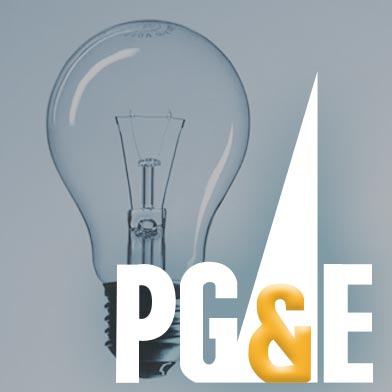 “From a safety standpoint, there was not an issue,” CEO Tony Earley told the commission at a hearing at the agency’s headquarters in San Francisco.

Earley said PG&E managers and engineers believed the pipeline, known as Line 147, was safe because it had passed a high-pressure water test in 2011, a year before the utility discovered it provided the commission incorrect information about the types of seams in the line.

But Earley agreed the utility erred in waiting nine months to submit a public filing to the commission correcting the records.

“We concede this was an error in judgment,” he told the commission.

“When I assess how we interacted with the commission on the issue of communications I am clearly disappointed,” he said.

Earley maintained, however, “I found no action that constituted an intentional effort to mislead the commission.”

PG&E began learning in October 2012 that three pipeline segments it had listed as seamless and a fourth segment recorded as having a strong weld in fact had a weaker type of weld. The information affected the maximum pressure allowed in the pipe.

The utility submitted a publicly filed correction to the commission July 3 and labeled its document “errata,” a word usually used for minor mistakes such as typographical errors.

A similar discrepancy in which PG&E records incorrectly showed a pipeline segment to be seamless was found by federal and state regulators to have been one of the causes of a 2010 pipeline explosion and fire in San Bruno that killed eight people.

The commission is currently weighing two proposals to fine PG&E either $6.75 million or $17.25 million for misleading it by delaying submission of the Line 147 corrections and allegedly seeking to minimize their importance by using the errata procedure.

The $6.75 million fine was recommended Oct. 30 in a proposed decision by Administrative Law Judge Maribeth Bushey and the $17.25 penalty was urged by utilities Commissioner Mark Ferron in an alternate proposed decision on Nov. 4.

“You must have recognized this was a significant safety matter in the public interest,” Ferron told Earley and PG&E Executive Vice President for Gas Operations Nick Stavropolous.

“I want to see if my presumption of deliberate and calculated dishonesty is correct,” Ferron said.

All five commissioners attended the hearing Monday, but will not vote on a decision until a future meeting, probably on Dec. 19, according to CPUC spokesman Christopher Chow.

The hearing, with closing statements by the PG&E executives and other parties in the case, was the final testimony in the proceeding before the commission’s future vote. The agency initiated in an inquiry in August after rejecting PG&E’s errata statement.

Tom Long, a lawyer with The Utility Reform Network, or TURN, argued that PG&E managers “had a clear ethical duty to inform the commission” as soon as the errors were discovered.

San Bruno Mayor Jim Ruane said he had “deep and ongoing concerns” about PG&E’s handling of Line 147 information in the wake of the San Bruno tragedy.

“The utility continues not to know what it has in the ground. That is unacceptable,” Ruane told the commission.

“I see no evidence thus far that there is a safety problem in Line 147, but there certainly is an enormous problem of public confidence,” he said.

The incorrect information about the seams in Line 147 was a basis for a December 2011 commission decision allowing a maximum pressure of 365 pounds per square inch in the 3.8 mile pipeline, which runs beneath Brittan Avenue in San Carlos.

Earley and Stavropoulos said the new information required lowering the maximum to 330 pounds, and said PG&E kept the actual pressure below 300 pounds after learning about the seams.