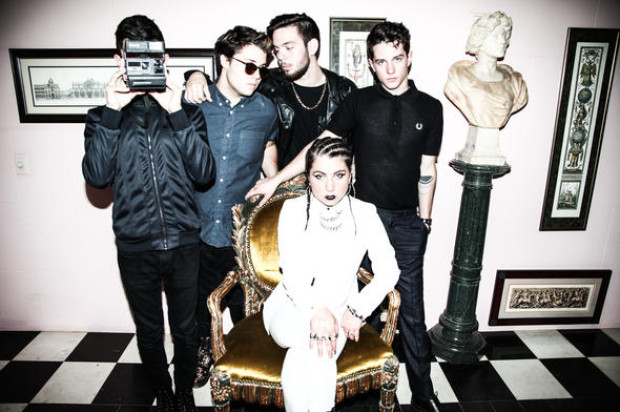 Regardless of her age, Kitten frontwoman Chloe Chaidez has an idiosyncratic timelessness that makes long walks through various musical genres feel par for the course. On their most recent Like A Stranger EP, tracks bristle and tumble with the type of cut and dried electronic fervor you’d expect from your favorite mid-’80s electronica band. Them there’s a pop to touring favorites “Doubt” and “King of Kings” that elevates each track from danceable number to all-out musical experience.

Kitten has gone through dizzying lineup changes as of late, but one thing has stayed the same: Chaidez’s commitment to taking her music to the next level, most recently by way of ’70s disco. “Everything I’ve been writing lately has had this Nile Rodgers feel to it. I’ve been digging on him and his old partner Bernard Edwards. They’re really inspiring,” Chaidez tells the Appeal. “As of late I’ve been really into guitars and dance music. I”m challenging myself to go without keys and just picking up my guitar and making something.”

Those confines have made for an interesting aspect to Kitten’s touring life, hitting the road with everyone from Garbage to Paramore to Charli XCX, who Chaidez says she’s swimmingly gotten along with. Chalk it up to two young artists entirely owning their creative pursuits, but Charli XCX and Chaidez share many similarities when it comes to an impressive array of compositions and styles.

While touring with Charli XCX, Kitten also saw one of the strangest tour experiences, thanks to an inebriated Pacific Northwest fan out for their megahit “Cut It Out.” Once the song kicked in to high gear, “she came onstage and started dancing with me,” Chaidez explains. “She was dancing on the side on top of these tall speakers in this kind of provocative pole dancing style. She was hugging me and actually picks me up. Three songs later, she started yelling ‘play ‘Cut it Out’!'”

Though the band didn’t entertain another rendition of “Cut It Out”, their show this Saturday at Bottom of the Hill promises to be a crowd-pleaser. “San Francisco is always great to us,” Chaidez says. “This whole tour — this whole year — has been very good to us.”