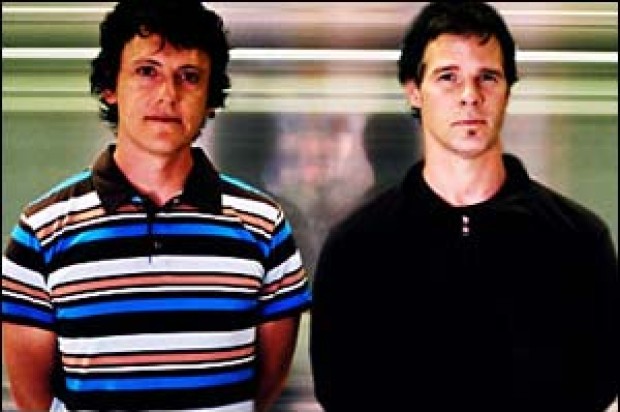 You can call El Ten Eleven almost anything, even say they sound that much better live than recorded. Though the backhanded compliment stings a bit, they’ll take it. One thing they’re tired of hearing? The label of “post-rock.”

“It’s just so lazy,” multi-instrumentalist Kristian Dunn tells the Appeal. “I feel like if I were a journalist writing about a group, I might say the same thing. I was reading about Sigur Ros and they described them as post-rock and it just doesn’t make sense.”

The LA-based duo craft the type of expansive soundscapes that sound less like a bit of looping effects and more like their own universes. It only makes sense that El Ten Eleven’s sweeping melodies also offer a bit of recursion. Last year’s Transitions Remix LP gave the band a chance to see their songs in a completely different light. Major fans of electronic music, the duo enlisted the help of quite a few movers and shakers in that genre.

“I feel like the genre is the one at the top of the spear, more so than rock. We’re like little kids who are jealous that we aren’t welcomed into that world but want to be,” Dunn explains. “Making the Transitions Remix record, I was really surprised by each artists’ openness. A lot of people said yes to us and we love that record. It’s really nice to have those songs turned into something special. The second song on that record, Mad V did a remix of ‘Lullaby’ and we actually started doing it live because it sounds that much better.”

Thanks to that keen ear for the electronic and its typically more upbeat bent, El Ten Eleven treat their live shows like a dance party. Personal touches adorn the stage, from carefully selected set lists to a light show that harkens back to their early years when they were just pulling from Home Depot work lamps and an affordable fog machine.

“We decided a long time ago that anytime we took a stage we wanted to take it over. I actually found old photos of our sets and was really surprised. They looked good!” Dunn says with a laugh.

The band is readily preparing for the release of their For Emily EP in February with yet another tour, this time in the South and Midwest. Their previous touring efforts saw the duo reach a brand new market in Europe where Dunn says they saw themselves somewhat back to just starting out.

“This tour has been amazing. We’ve been playing the biggest shows we’ve ever headlined. Europe was kind of insane because we went to a bunch of places I’d almost never even think of going like Croatia and Moscow. We had a lot of small shows but that’s the risk you take. We didn’t know if our shows would be packed or completely empty,” Dunn says.

Dunn grew up in the Bay Area and is excited to play Slim’s for the first time as well as Facebook headquarters earlier in the day. Those of you not plugged into Mark Zuckerberg’s social networking offices can head to Slim’s Friday night for El Ten Eleven. Purchase tickets here.