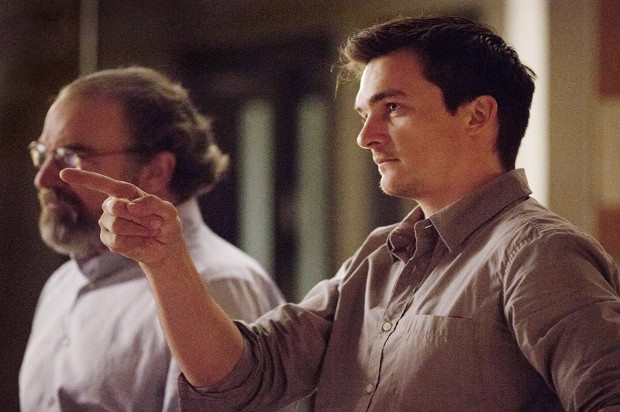 Please to enjoy the trailer for Real World’s return to San Francisco. While the Real World’s first outing in San Francisco dealt with homosexuality, HIV, and race, this go-around features seven strangers who discover that their exes will also be living with them.

Presenting: Real World Ex-Plosion (Because instead of banking on San Francisco’s name recognition, always go with a pun).

I’m just going to imagine all this Drama ™ is in response to tech companies trying to rebrand San Francisco the Cloud Corridor. The whole game’s changed now, as one future Challenge contestant in the trailer mentioned. The season starts January 15.

Retool this a bit, and you could have a decent enough segment on TLC’s My Strange Addiction.

Tuesday, December 10
Sons of Anarchy (10pm, FX, season finale)
The sixth season finale of Sons of Anarchy will be two hours long. Which leaves much more room for musical montages of the cast of the long-running crime drama looking pensive or convoluted dialogue regarding immunity deals being on and off the table. With the amount of character deaths this season, FX is going to have trouble filling out the opening credits of the next and final season.

It should be noted that Jimmy Smits’ turn as gangster-turned-pimp Nero Padilla one of the highlights of this season.

The Victoria’s Secret Fashion Show (10pm, CBS)
An hour long elongation of a Victoria’s Secret commercial is the true reason for the season. And don’t ever forget that. Oh and, Taylor Swift is performing, because sure.

Thursday, December 12
Rodeo Girls (10pm, A&E)
New reality show from A&E featuring female rodeo riders. When in doubt, show women doming something you might not expect women to be doing and promise drama.

Friday, December 13
Haven(10pm, SyFy, season finale)
Season four of the sci-fi show based on the novel “The Colorado Kid” by Stephen King comes to an end tonight. Starring Emily Rose.

Saturday, December 14
UFC on FOX 9 (8pm, FOX)
The UFC comes to Sacramento for a night of free fights broadcast on FOX. The flyweight (125 lb) championship is on the line as Demetrious “Mighty Mouse” Johnson faces Sacramento-based Joseph Benavidez for the second time. Their first match was a split decision for the inaugural UFC flyweight belt. The co-main event features a Central Valley Civil War with Sacramento’s Urijah Faber facing Modesto native Michael “Mayday” McDonald. Aside from the fireworks this fight will produce, you can also count on Faber walking out to 2Pac’s California Love.

Sunday, December 15
Homeland (9pm, Showtime, season finale)
Shows on Showtime have a Flowers for Algernon quality. The longer they continue, the dumber and more baffling they become. Finally, what’s left is a hatewatched series finale mined for image macros and retrospectives bemoaning how the series should have ended way sooner than it really did. Yes, season three of Homeland ends tonight.

Psych: The Musical (9pm, USA)
After one-hundred and nine episodes, Psych goes for the musical episode special spectacular. As a Psych-o (as fans of the show are called) who has been nonplussed at the latest batch of episodes, I have to wonder: does this musical come at a perfect time to revitalize the long-running blue sky USA comedy, or is it just the last gasp of a show that is heading into the sunset?