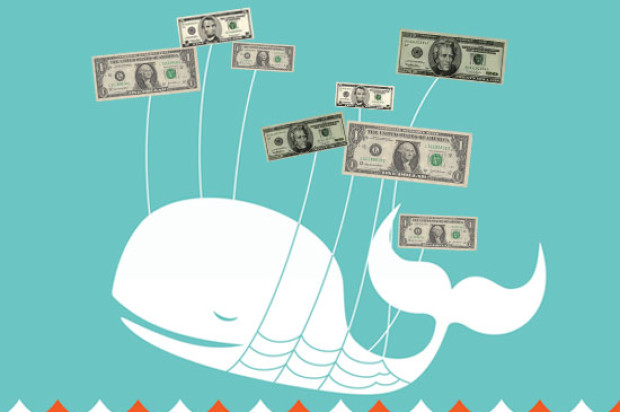 As San Francisco-based tech giant Twitter went public this morning, locals in the Mid-Market neighborhood where the company is headquartered watched with mixed feelings.

A small group of protesters gathered outside Twitter’s headquarters at the revamped former Western Furniture Exchange and Merchandise Mart building at 1355 Market St. as the company’s stock opened at more than $45 a share—well above its initial public offering price of $26.

San Francisco Rising, which says it represents working-class residents and communities of color in the city, is part of today’s protests, and organizers are also planning a noon rally.

The group is demonstrating against tax breaks San Francisco has offered Twitter and other companies, which it considers unfair, and an uneven distribution of wealth in the city.

Protesters say rent increases and an uptick in evictions are just some of the effects of well-paid tech workers streaming into the city, and that working-class residents are being pushed out.

Steven Krolik, longtime city resident and coordinator of the group Presidio Heights Residents for Public Safety, said he thinks the Twitter IPO represents “a shifting of the community.”

Krolik, who volunteers at the nearby San Francisco Public Library and the Asian Art Museum, said he has seen what he considers an unsettling pattern of tech workers coming into San Francisco who “don’t know their neighbors.”

He believes that because of tech companies such as Twitter, “we are losing our community.”

“San Francisco is losing its soul,” he said.

After today’s IPO, Krolik said, many Twitter workers will become “instant millionaires” and will push out residents who can’t afford to live here.

However, not everyone in the neighborhood is upset about Twitter’s presence.

Phillip Ma, owner of the Little Griddle restaurant at Market and 10th streets, kitty-corner to the massive Twitter building, said that since Twitter’s arrival, the Mid-Market area—known for blight, crime and a large homeless population—“has been more lively.”

He credits Twitter for bringing more people to the area and ramping up business at his eatery.

Ma said he has had to increase staffing at the restaurant in the past two years, and that with the company now public he predicts only more benefits.

Patrick and Co. stationery store on the ground floor of Fox Plaza across the street from Twitter hasn’t seen much change in business, but employee John Forrey said he thinks Twitter’s presence “is good for the neighborhood.”

He said that with Twitter nearby, the Mid-Market corridor has been receiving more positive publicity and that there is a general feeling that the area is getting better.