Appealing TV: Generation Cryo, Treme, and Holiday Special Season is the Most Wonderful Time of the Year 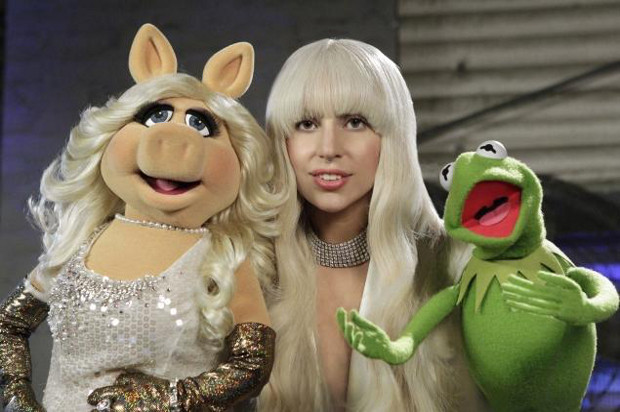 Don’t worry about societal pressures demanding conformity to some ethereal notion of tradition or holiday. So what if you’re not having a Norman Rockwell-ass Thanksgiving this year? Television will never leave you. More specifically, holiday specials with celebrities will never leave you.

Monday, November 25
Generation Cryo (10pm, MTV, series premiere)
Joining nearly every other TV show out there in exploring new dynamics in just what defines a ‘family’ nowadays, MTV adds the docu-series Generation Cryo to the mix. Seventeen year-old Nevada teen Breeanna goes off and tries to search for her biological father, who donated sperm and her half-siblings.

Wednesday, November 27
Saturday Night Live Thanksgiving (9pm, NBC)
If you find yourself back at home on the Wednesday night before Thanksgiving, and you’re trying to find some sort of common ground with your right-leaning uncle and cousins you only see during the holidays, switch it to Saturday Night Live’s Thanksgiving. This mixtape of Thanksgiving-themed SNL sketches will help you avoid discussing the Affordable Care Act for another few hours, while everybody can make half-hearted remarks about when SNL ‘was good.’

Thursday, November 28
Lady Gaga & the Muppets’ Holiday Spectacular (9:30pm, ABC)
It’s ballsy of ABC to have their Holiday (note, not just Thanksgiving) special on Thanksgiving night. Lady Gaga teams up with the Muppets (along with help from Joseph Gordon Levitt, Kristen Bell, and a duet with Elton John) to officially applaud (OK, that was a stretch) the holiday season.

Saturday, November 30
Iron Chef America: Ghosts of Holiday Ingredients Past (10pm, Food Network)
I can’t decide if this is genius or such a blatant overreach. That might sound a little biased, once you learn about my VHS library of original Iron Chef episodes taped from KTEH.

Sunday, December 1
Keeping Up With the Kardashians: A Very Merry Christmas (8:30pm, E!)
Well, I guess we can thank E! for not switching out the ‘C’ in ‘Christmas’ with a ‘K’ and avoiding a Krusty Komedy Klassics moment. Although I guess Kristmas, in the Kardashian tradition, celebrates the birth of Yeezus and is marked by the casting your daughter in a music video.

Treme (9pm, HBO, season premiere)
Treme returns for its fourth and final season of David Simon created, post-Hurricane Katrina New Orleans. The final season picks up in 2009 with the inauguration of President Obama. Still not quite sure what Treme is about? Still salty that it’s not The Wire 2: Follow the Money? Let me let Dave Rose from the lamented, gone before its time Happy Endings, explain:

The Walking Dead (9pm, AMC, Fall season finale)
The first half of The Walking Dead’s first season with new showrunner Scott Gimple comes to a close, before returning again the Spring. The verdict? Sure! While still not completely overcoming some pacing problems in its episodes, what I’ve seen so far certainly clears itself out of hate-watch territory (while not completely a fervent inspiration/need to watch week in, week out).

Have a great Thanksgiving! See you next Monday!