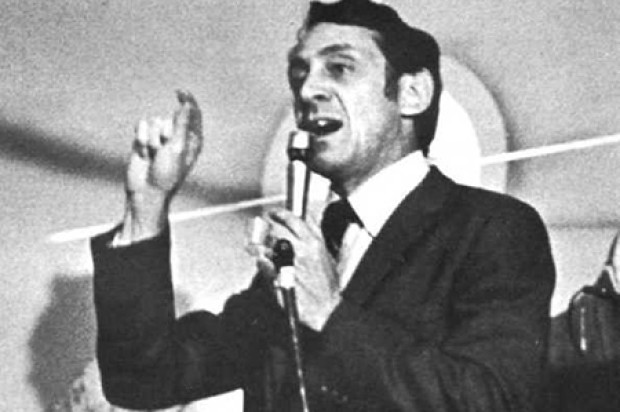 Thirty-five years after the city’s first openly gay supervisor was assassinated at City Hall along with the mayor, a public remembrance will be held at the steps of City Hall at 4:30 p.m. followed by a march to the plaza at Market and Castro streets named for Milk.

The Harvey Milk Foundation is holding a vigil on the Polk Street steps, with family and friends of Milk and Moscone speaking about the two men who were fatally shot by a disgruntled former city supervisor, Dan White, on Nov. 27, 1978.

As part of an annual tradition, Stuart Milk, Harvey Milk’s nephew, along with other family members and elected officials and members of the LGBT community, will reflect on the assassinated city leaders’ legacies, Harvey Milk Foundation spokeswoman Maggie Weiland said.

The Gay Men’s Chorus will perform on the steps before a candlelight march proceeds to Harvey Milk Plaza in the Castro.

Once in the Castro, the march will combine with a second memorial event at 7 p.m. spearheaded by community activist Cleve Jones, who worked with Milk in the fight for LGBT civil rights, and organizers from San Francisco’s AIDS Housing Alliance.

“What we want to show people,” march organizer and AIDS Housing Alliance director Brian Basinger said, “is the things that Harvey Milk cared about are just as relevant today as in his time.”

“It’s eerily familiar,” Basinger said, referring to Milk’s own eviction and fight to stop gentrification in the Castro District, where Milk lived and had a camera shop.

The later memorial has a more political bent raising issues about increasing housing costs in San Francisco, evictions, and gentrification in city neighborhoods in honor of the slain progressive leaders, according to Basinger.

“People are feeling hopeless,” Basinger said. “They are giving up.”

However, Basinger said the march on City Hall on the 35th anniversary is a way for the community to demand city leaders help all residents—not just those in the tech sector.

“We have a history of success and we have a plan. We have plan that we think Harvey Milk would have thrown himself into,” Basinger said.

The vigil and march is expected to include members from a slew of community organizations, including Equality California, Gays Without Borders, the Harvey Milk LGBT Democratic Club, the Housing Rights Committee, the Latino Democratic Club, the Mission Neighborhood Resource Center, and the National Center for Lesbian Rights.

The vigil and demonstration will include director Dustin Lance Black speaking at the end of the march at the City Hall steps, along with a Gay Men’s Chorus performance.

The march is similar to a spontaneous candlelight vigil that formed the night Milk and Moscone were gunned down 35 years ago, organizers said.