Treasure Island Music Festival 2013: Who to Watch and Why 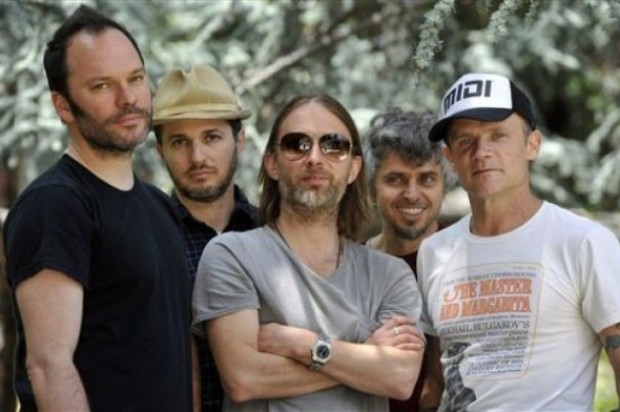 Treasure Island Music Festival is set to celebrate a decade of awesome music right in the middle of Rocktober. The fest boasts an ever-changing array of art installations and, most importantly, not a single time conflict between stages.

Sure, you may have a fear of missing out on something if you’ve spent hours crafting at Camp DIY instead of venturing towards one of two stages, but that doesn’t mean you have to diligently stand guard and take it all in. Below, we present our TIMF necessities: artists to pay special attention to rather than groups to zone out to while riding that 60′ tall ferris wheel.

Atoms for Peace: Supergroup Atoms for Peace are equally known for the sum of their parts as they are for acting as the sole project to lift the dour demeanor of Radiohead frontman Thom Yorke. There are quite a few similarities to Radiohead’s currently unreleased material in the stuff that has been sprinkling their live sets, for example, the percussion of “Identikit” easily translates to AFP’s “Default.” REM and Beck drummer Joey Waronker and RHCP touring percussionist Mauro Refosco turn syncopated beats on their heads while Flea and Nile Godrich swap melodies atop Yorke’s mournful croon. Their lineup is dizzying and their stage show is even more striking.

Phantogram: Now more than ever is a great time to catch Phantogram, as they ascend the electro-rock ranks. Riding high off the release of last month’s Phantogram EP, the eclectic duo has fine-tuned their music through relentless touring and surprise collaborations (their work with the Flaming Lips on The Terror’s “You Lust” is sonic gold) that have only broadened their musical palette. Treasure Island acts as a perfect, picturesque setting for even the most subdued of Phantogram tracks.

Now, this space is where we would have recommended you catch Tricky‘s set, but due to visa issues, he has pulled out of TIMF and is being replaced by Danny Brown. I don’t know what to tell y’all. Maybe Disclosure will actually bring a pastor onstage for “When a Fire Starts to Burn”?

Beck: Beck returns to SF a little over a year after his mixed bag of a performance at 2012’s Outside Lands. The city must like Beck enough to grant him TIMF’s closing slot on Sunday, despite all that. The release of three new singles “I Won’t Be Long,”“Gimme,”.and “Defriended” see Beck playing the long game with the misleadingly titled “I Won’t Be Long” clocking in at almost 15 minutes at its most extended version. The track is a pleasant melding of Sea Changes-era Beck with some of his most recent incarnations, oozing spunky funk a la The Information and Guero. Finally, fans may be able to get all that they want in a Beck set.

Sleigh Bells: You couldn’t ask for a more current roster of artists to grace a festival than this year’s TIMF lineup. Brooklyn duo Sleigh Bells is marking the October release of their third LP, Bitter Rivals, with a set at Treasure Island mere weeks after its release. As ferocious as frontwoman Alexis Krauss can be live, Sleigh Bells have been on a slow decline since their first studio endeavor. Their mid-card slot at TIMF acts as both a second chance for redemption and a way to take their live intensity to a whole other level.

Haim: 2013’s official indie darlings of SXSW and countless festivals, the sister act that is Haim is a fiery mix of tight instrumentals, punchy vocals, and the occasional harmony that’s just sweet enough to lull you into a sense of comfort before Alana, Este, or Danielle come back swinging. Their debut LP Days Are Gone has just been released and though the songs are familiar to those who’ve been with Haim since their Forever EP, the band is still just as eager to send a sonic shock to the system.