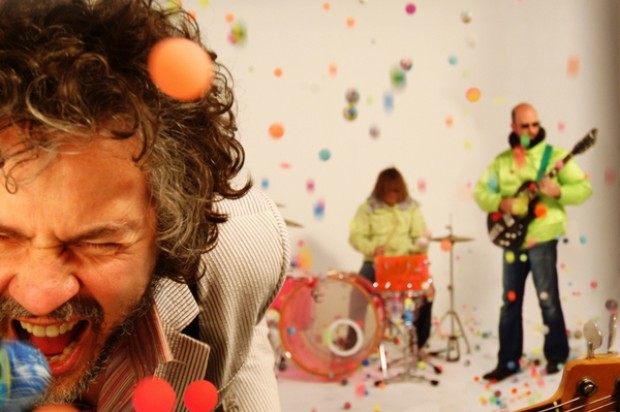 There are few holidays that the Flaming Lips don’t pair perfectly with, though Halloween seems to make for a particularly strong fit. The Oklahoma-based band is known for their striking aesthetics that permeate their live performances and pack wallops of energy into their albums. Their most recent endeavor, The Terror, sees The Flaming Lips on a comedown, as all parties must end or shift venues.

The Terror was crafted as somewhat a response to frontman Wayne Coyne separating from his wife of 25 years, among other things. It’s a difficult, poignant album recalling the tectonic shifts of The Soft Bulletin and ultimately something that was begging to be heard.

“I think the world needs to know that this feels like this, though” Coyne tells the Appeal.

“It feels like music that the Flaming Lips are making. It ties in with Soft Bulletin and Yoshimi and all these other things and it’s a mostly emotional arc, sadly melodic. When we go for melodies, they’re not always sunshine and beautiful.”

Coyne and co. debuted the album live at SXSW, playing The Terror in its entirety to a more than capacity crowd at Auditorium Shores. Surrounded by swathes of reflective semicircles and beams of light, the band enlisted the help of Phantogram frontwoman Sarah Barthel on their collaborative track “You Lust,” pointing to yet another shift in style from the Lips.

“Sometimes things just come together where you can make a statement and they give you a chance. They’re letting you have an opportunity to do something special. SXSW is one of those things where they’d let you set yourself on fire and run around naked,” Coyne explains.

“Sarah Barthel…she’s a crazy, crazy girl to be around. It’s easy to say when we got together at SXSW I suggested it, that we should do something. A lot of that goes on where it’s impromptu. We had it where she’d be on her knees singing and I’d pull her hair.”

When it comes to adding components or bringing on something different, the band is incredibly inclusive. Whether it’s calling Phantogram out of the blue after hearing their songs from friends or taking a baby doll from a video with Bon Iver’s Justin Vernon and turning it into a centerpiece for live performances, the Flaming Lips are open to any and all suggestions to a point.

The band is set to play Halloween night at the Bill Graham Civic Auditorium with psychedelic rock wizards Tame Impala. Thought they’re still deciding on costumes, there are a few suggestions they’re ruling out for both groups.

“One of our ideas is to have someone dress up as Michael Jackson and the rest of us be zombies and to have us do Thriller. Tame Impala have a horrifying idea. It’s really scary,” Coyne says emphatically. “They want to dress up as the Spice Girls.”