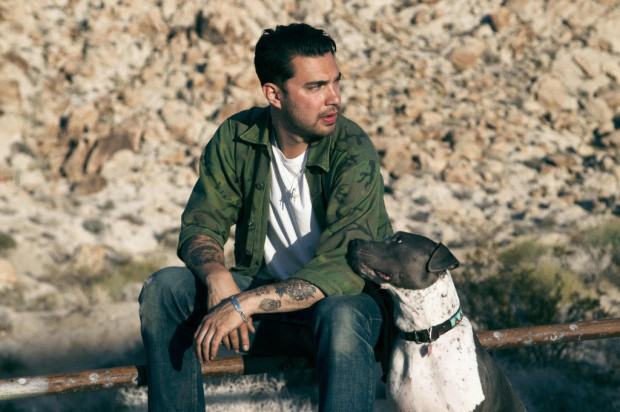 Long before start up bros had taken up scooters and skateboards for their minimal commutes, actual children skated through the streets of San Francisco. One of those kids happened to be Hanni El Khatib. Now living in LA, the SFian used to treat the city’s hills like an obstacle course, skating through expanses of the downtown like a man on a mission. “Nothing beats the hills in SF. Bombing down Hyde St. is still the best thing,” El Khatib tells the Appeal.

The skater turned musician has found a seamless way to combine the intensity of a ride through Russian Hill with the type of blues and garage rock you’d expect to hear at a dingy southern saloon. Eleven driving tracks make up El Khatib’s sophomore album, Head in the Dirt, released earlier this year. The multi-instrumentalist enlisted the help of the Black Keys’ Dan Aurbach to produce the LP after the two had met and bonded over whiskey in a Paris bar.

El Khatib sees Head in the Dirt as more of a tequila album but really, any beverage will do. It’s tough enough to simply just nod your head to “Family”, much less drink along to the track. The single mixes bits of boogie-woogie keys with hand-clap drums and warbling vocals soaked in echoes and howls. Choppy guitar propels the track, a hallmark of the Aurbach sessions. The running, sprinting pace of each song also reflects their mutual recording style.

“He [Aurbach] worked really fast and that is something that I can get with. I’m similar in that way when it comes to making music, so the whole process was very natural and fluid; nothing felt forced. When you’re writing and recording so quick, like I usually do, I often never experiment. I just work from the gut, which is great because you are usually making music that is the most natural to make,” El Khatib says.

“However, I think I’d benefit from a little more time to experiment and try new things in the studio.”

El Khatib is set to play the Great American Music Hall this Wednesday, a venue that holds many memories for the musician, who’s pulled more as a fan than a performer there.

“I’ve seen so many good shows there. It’s one of my all time favorite venues,” El Khatib says.

“I was lucky enough to see Bert Jansch play one of his last few shows before he passed away. That was a great night.”