Tenant Troubles: Do I Have To Move Out If The Condo I’m Renting Goes On The Market? 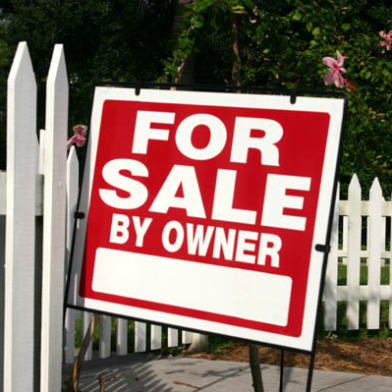 I have lived in a 1905 era condo (that is, non rent controlled, but eviction controlled) for three years. My lease is up in October and the landlords have told me they are going to put it on the market. They have offered to sell it to me and I have declined. It’s a beautiful place, but it’s a third floor walk up 42 steps and I can’t see being able to grow old here. It’s a two bedroom two bath in Russian Hill and I pay $5,000/month. My rent is probably slightly above market value.

I like the condo and would like to stay in it, at least until I know whether it is bought by an investor or someone who wants to move in. I’d be willing to move out for a buyout so that it could be marketed empty. I am curious about what my rights are as far as staying. I believe the only reason I could be evicted is for an OMI (unless I fail to pay rent or screw up in some way). Is this correct? Is there anything to prevent the owners from saying, “Your lease is up, your rent is now $25K a month if you want to stay” to get me to move out so they can market the place?

If I do stay through the condo being marketed, do I have to allow the owners to repaint different colors and stage the property the way they like, or do they need to leave it alone? I have repainted inside, with the landlord’s permission, since I moved in three years ago but it’s in good shape.

I can see that you are aware of this, but here’s a refresher for those who don’t know. A condominium is a unit in a building that has been subdivided. A condo has its own plat map and, like a house, is a legal single-family dwelling. Therefore, because the building was built before 1979, the just cause eviction provisions of the Rent Ordinance apply to your tenancy, but the rent control provisions–limitations on the annual allowable rent increases–usually do not apply.

If you want to know why rent control does not apply to single family dwellings, go ask Jim Costa (D-Fresno). This mug is a congressman now and a member of the Blue Dog Democrats. Or Phil Hawkins (R-Bellflower), a one-term 56th Assembly District representative who currently serves on the Board of Directors of the Central Basin Municipal Water District. I see fracking in Orange County’s future.

But what would a law be without an exception? “A condominium dwelling or unit that has not been sold separately by the subdivider to a bona fide purchaser for value” is not covered by Costa Hawkins. (CA Civil Code §1954.52(a)(3)(B)(ii).)

In other words, if your landlord is the person who initially converted the building you won’t have to worry about a $20K increase in your rent, at least not until a new buyer demands it.

Arguably (note the lawyerism), you shouldn’t have to worry about a $20K increase at all. If your unit is still rent controlled, the increase would be illegal. If the unit is not rent controlled and your current landlords have indicated that they want to sell it, a huge rent increase is indicative of a dominant motive to evict you without just cause rather than to simply increase the rent. If you moved out because of the rent increase, arguably, you could sue the landlords for wrongful eviction. If a new buyer indicated a desire to move in, but served a notice to dramatically increase the rent, if you move based on the notice you could also claim that you were wrongfully evicted.

Here’s where the “arguably” comes in. If the new owner simply serves you a notice to increase the rent to $8,000 per month without communicating his real motive, can you move and sue? The owner has the unlimited right to increase the rent, but when does the increase become a per se indication of a bad dominant motive. A $20K increase is fairly obvious but especially in this market a $3K increase, absent other facts, is not.

This is another reason to communicate with landlords in writing. You want to be able to prove dominant motive. Make sure that offers to sell, statements of intent to move in and “We can’t wait until next May!” are conveyed in writing.

In last few months I’ve been hearing from prospective clients about a disturbing trend in which new buyers serve these increases to avoid paying OMI relocation payments or because they don’t want to wait until the end of the school year to evict families with children. You wouldn’t believe the number of times I’ve heard, candidly, from landlords’ lawyers that their Cheese Ball clients, who just paid $1.6 million for a house, can’t afford to pay the statutory relocation costs. It always blows my mind and I hear it over and over again.

If you do stay through the sales process, you do not have to allow the landlords to paint or stage the unit. Once again, painting the entire unit and particularly, staging it with new furniture, etc. could easily be construed as harassment designed to get you to move. If they want to stage, they should pay you the big dough to exit stage right.