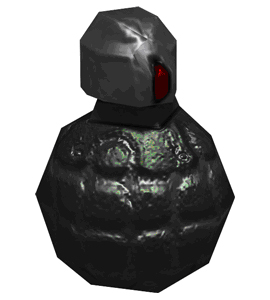 Part of Mission Street was closed for more than an hour this morning and a man was arrested as police responded to reports of a person with a grenade.

Around 9:55 a.m., police received reports of a man who appeared to be armed with a hand bomb in the 2200 block of Mission Street, which is near 18th Street, San Francisco police Sgt. Dennis Toomer said.

Police K-9s and a bomb squad were called out to conduct a sweep of the area, where a suspect carrying a grenade was located, he said.

During the investigation, Mission Street between 18th and 19th streets was closed.

Toomer said officers arrested the man, whose name is not being released, and recovered the hand bomb, which was found to be inactive.

“There was no danger to the public,” the sergeant said.