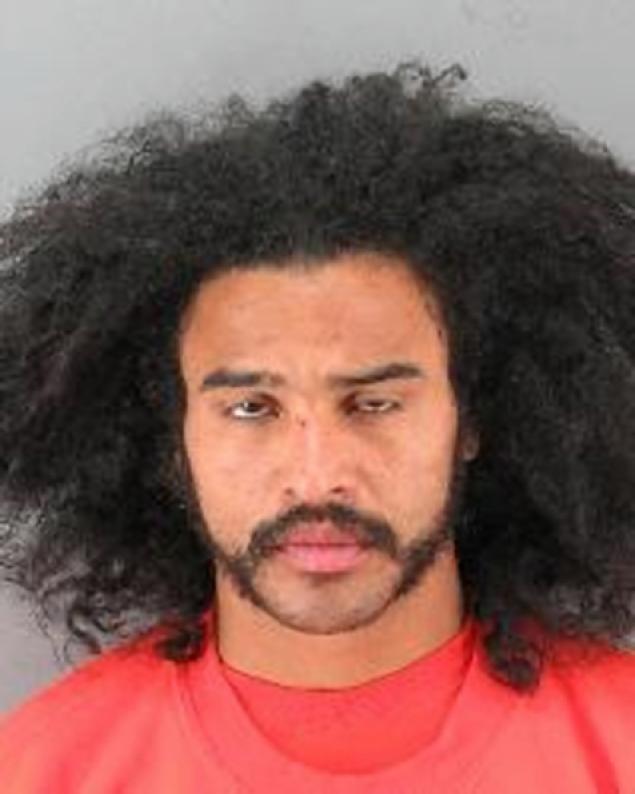 A man accused of stripping naked and harassing people while doing acrobatic moves at a San Francisco BART station in May was ordered today to stand trial on seven felony and misdemeanor charges.

Yeiner Garizabalo, 24, was held to answer on two felony counts of false imprisonment, four misdemeanor counts of battery on public transportation and one misdemeanor count of sexual battery for the May 10 incident at the 16th Street Mission BART station.

A BART employee testified during the preliminary hearing in San Francisco Superior Court this afternoon that Garizabalo ran naked through the station, kicked him and grabbed his genitals while also grabbing several passengers and performing a backflip and other acrobatic moves.

The incident was captured in a video posted on YouTube that went viral via social media in the weeks afterward.

Maintenance worker Duane Bullard said he saw Garizabalo slide down an escalator into the station, then flip while pulling his underwear down around his ankles.

“His body was built like Bruce Lee and he was doing stuff I’ve only seen in karate movies,” Bullard said.

Bullard testified that he tried to confront Garizabalo, a Colombia native who began making monkey-like sounds and had charged at a young woman who was exiting the fare gates.

Garizabalo kicked the woman, who suffered only minor injuries and was able to run away to safety, Bullard said.

When Bullard tried to confront him, Garizabalo began growling like a gorilla and kicked him in the groin, then grabbed Bullard’s penis, the BART employee said.

Garizabalo was also playing with his own genitals and his “eyes were wide open and glossy” during the incident, which continued as he confronted other passengers who were trying to leave the station, including an older man who he grabbed around the neck, Bullard said.

San Francisco and BART police eventually arrived and took Garizabalo into custody on a psychiatric hold.
His attorney, Deputy Public Defender Paul Myslin, said of the case, “It’s painfully obvious this is a mental breakdown.”

Myslin and fellow defense attorney Andres Orphanopoulos argued that Garizabalo had suffered an isolated manic episode and was now on medication to address the issue.

They asked for his bail to be reduced from $100,000 and for the felony counts to be reduced to misdemeanors, but Judge Andrew Y.S. Cheng kept the bail at that amount while ordering Garizabalo held on the two felony charges along with the five misdemeanors.

Cheng noted though that “there may be an alternative solution down the road” to resolve the case, such as a referral to behavioral health court.

Garizabalo had been performing with the Berkeley-based circus troupe ClownSnotBombs before the incident and members of the troupe came to today’s hearing to support him.

The troupe members declined to speak to reporters today, but one of the members said before Garizabalo’s arraignment in June that his behavior had become erratic in the days before the incident and that he did not know what he did at the station until he was told about it later and saw the video.

Garizabalo will return to court on Aug. 19 to be formally arraigned on the seven charges.