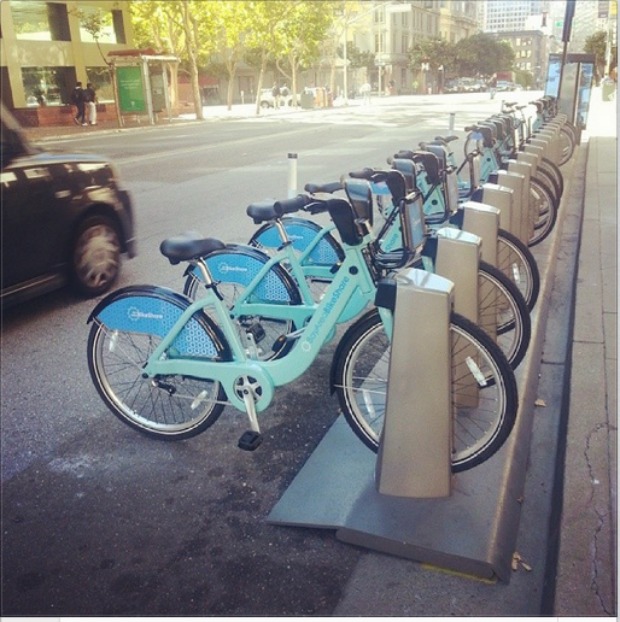 San Francisco and the Bay Area today launched what is being touted as the first public bike share program in California and the first regional program of its kind in the nation.

The rental bikes are available for unlimited 30-minute trips on a $9 daily pass, $22 three-day pass or $88 annual membership. Trips of more than 30 minutes will result in surcharges starting at $4.

The bikes have GPS devices to deter theft and will cost $1,200 to replace if lost by a customer.

Lee joined other officials on an inaugural ride on the bikes from the San Francisco Caltrain station to City Hall this morning.

Amy Worth, chair of the Metropolitan Transportation Commission, said Bay Area Bike Share “provides a fun alternative to driving around town” and could expand to other cities in the future.

In the first part of the pilot program, 700 bikes will be available at 70 kiosks around the five cities. In early 2014, 300 more bikes and 30 new kiosks will be added, according to organizers.

“In a few months, everyone is going to be on one of these,” Blumenfeld said.

He said getting more people on bikes will reduce air pollution as well as congestion on the region’s roadways.
More information about the program can be found online at www.bayareabikeshare.com.