At Least One Injured When SFPD Cars Collide 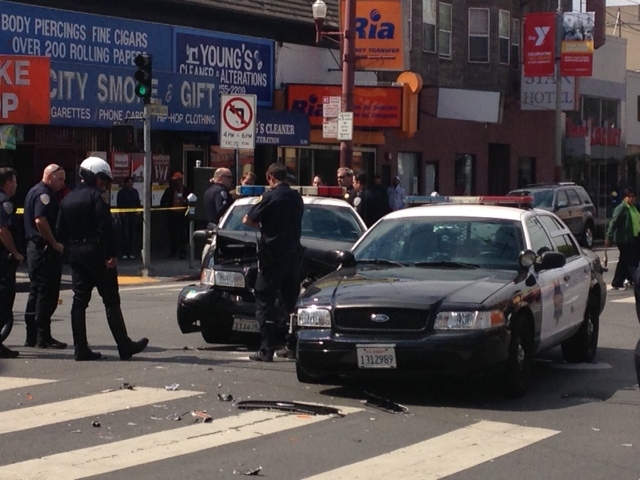 Two San Francisco police cars crashed into each other in the Mission District this afternoon.

Around 3:15 p.m. police were trying to stop a vehicle near 18th and Mission streets, according to police spokesman Officer Albie Esparza.

Another patrol unit responded to the area and there was a traffic collision, Esparza said.

At least one person was transported to the hospital, he said.

He did not know if the injured person was a police officer.

Part of Mission Street was closed and service on the 49-Mission/Van Ness, 14-Mission and 33-Stanyan bus lines had to be re-routed, San Francisco Municipal Transportation Agency spokesman Paul Rose said.

As of 4 p.m., Esparza said the street was due to reopen shortly.