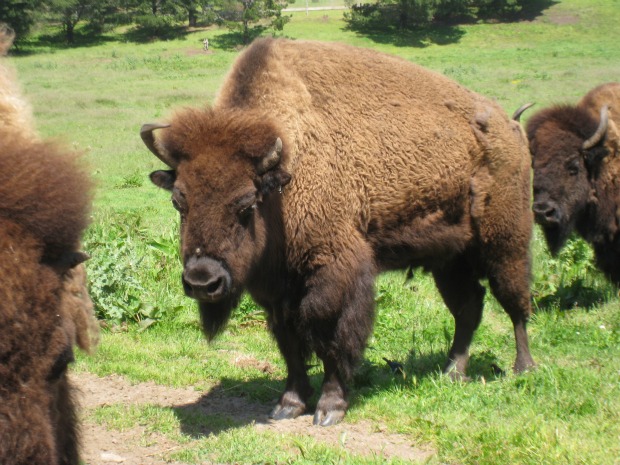 The oldest of San Francisco’s Golden Gate Park bison was euthanized today after a checkup determined she could no longer stand up, San Francisco Zoo officials said today.

Zoo officials had been closely monitoring the 30-year-old bison for several months, and as of Wednesday she was still mobile and had a good appetite, according to zoo officials.

However, during her daily checkup today, it was determined that she could no longer lift herself.

The expected lifespan of bison is 25 years.

“Her longevity can be attributed to the great care provided by her keepers,” Crawford said.

There are eight bison remaining in the Golden Gate Park meadow, officials said. The City’s Recreation and Parks Department maintains the meadow while the zoo provides daily care and veterinary services.

The bison that died today is one of the original descendants of a 1984 birthday present to former San Francisco Mayor Dianne Feinstein from her husband, Richard Blum.

Bison were first brought to Golden Gate Park in 1891, when they were on the brink of extinction. The herd gave birth to more than 100 calves as part of a national captive breeding program.

More than 200,000 bison now exist in the wild, and they are protected within Yellowstone National Park.