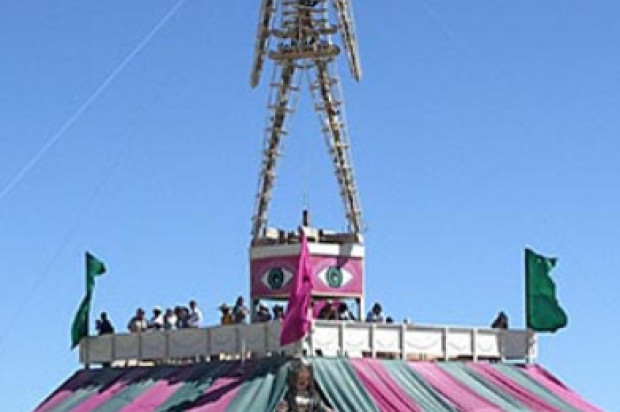 Despite ticket lotteries, the ever-present threat of scalpers, and another banner year in which more burners dreamed of going than actually attended, it appears that the Bureau of Land Management has had a change of heart in their decision to lay down the law against Burning Man.

As we’ve previously reported, Burning Man appeared to be on thin ice with the BLM. Despite a crowd cap of 50,000, the now overwhelmingly large festival exceeded that number by 3,000 people over the course of two days in 2011. That discretion put Black Rock City LLC on probation, putting the festival itself in potential jeopardy.

However, the AP reports that the latest recreation permit to be issued to Burning Man for this year puts the population cap at a staggering 68,000 people or roughly the size of Manteca. We can only assume Black Rock City is a little more enthralling than our valley neighbors to the east.

Says Gene Seidlitz, BLM manager of the Winnemucca District, on the issuing of the multi-year permit, “Our priorities in managing this permit continue to be the protection and conservation of natural and cultural resources, as well as the safety for all participants and staffs. I feel confident the permit addresses these priorities.”

Burning Man’s new multi-year permit allows for up to a 70,000 person population cap. 2011 marked the only year that the festival went over its allotted attendance number.