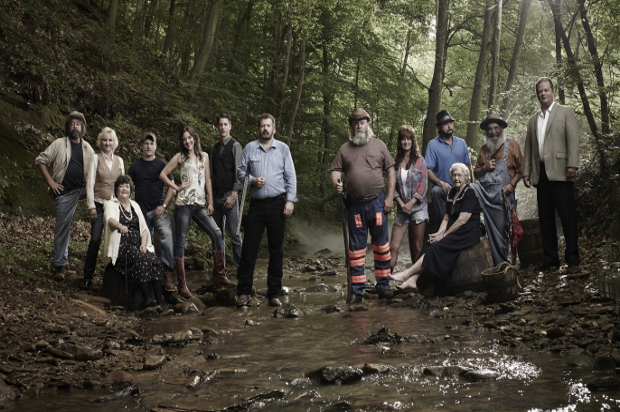 The TCA (Television Critics Association) Press Tour, otherwise described by former SF Chronicle TV Critic (now with The Hollywood Reporter, and one of the reasons I wanted to write about television) Tim Goodman as “The Death March with Cocktails” began last Wednesday. For those not entirely sure what the TCA Press Tour is, imagine a two week long dog-and-pony show with dogs and ponies replaced by the incoming crop of shows preparing to make the drop into this year’s television season.

Monday, July 29
Hit the Floor (9pm, VH1, season finale)
VH1, which started as an adult contemporary alternative to MTV, begat Pop-Up Video, which turned mining for nostalgia into an art-form, which begat the celebrity reality show industrial complex, is now planning to provide the masses with scripted television. Scripted television that looks like a cross between the dregs of the CW crossbred with ABC Family. But scripted television nonetheless. Hit the Floor explores the lives of the halftime dancers for a fictionalized LA basketball team. The female dancers made my inside parts feel tingly, and Dean Cain is on it.

Tuesday, July 30
Deadliest Catch (9pm, Discovery, season finale)
For nearly a decade now, Deadliest Catch has made engaging reality television that makes you feel bad about complaining about coming from a long day of data entry at your faceless white collar job. Although I think it might be different if you were doing data entry in a boat on the Bering Sea.

Capture (9:30pm, CW, series premiere)
First, the CW brought us competitive musical chairs, and now they bring us Capture, a game show that riffs on The Most Dangerous Game. I can only assume that the CW has been taking their programming cues from the parody interstitial programs from Robocop?  Or the head of programming is a huge fan of both musical chairs and Schwarzenegger in The Running Man.

We are only four years away from the year that Running Man takes place, after all.

Wednesday, July 31
Million Dollar Listing (9pm, Bravo, season finale)
There was literally nothing to write about on Wednesday, and it was either this, or you get another week of me talking about MMA bouts that you’re not going to watch. So for Wednesday, you get a Bravo show about listings that are worth a million dollars. Also, this title is called ‘A Shark Is Born,’ which makes it track perfectly, living in a post Sharknado, pre-Shark Week 2013 world.

Why can’t we just settle this once and for all by taking them through an obstacle course, a la Battle of the Network Television Stars in the 1970’s? Or like that episode of Family Matters where Urkel and Carl go on American Gladiators to finally settle their differences.

Saturday, August 3
Redneck Island (9pm, CMT, season finale)
A Redneck Island is a naturally occurring phenomena when rednecks are placed onto an island at sea and are forced to stop being polite, and start getting real. Getting real in this case are a series of physical challenges proctored by former professional wrestler/admitted wife-beater Stone Cold Steve Austin.

The Killing (9pm, AMC, season finale)
What do you know, we made it through an entire season of the Killing without Sunday nights on Twitter turning into ‘what the fuck is happening on The Killing’ hate watch tweets. Quite the opposite, in fact. This season of The Killing is fulfilling on the potential we were promised when the show was first announced. Rosie Larsen who?

ICYMI:
– The TCA Summer Press Tour will be going on until Wednesday August 7. You can go to your favorite entertainment rag for your recaps of what went down, or if you want to feel like you’re in the industry or whatever, a lot of the television critics of note are tweeting live from panels going on. I like Alan Sepinwall of HitFix, Tim Goodman, and Todd VanDerWuff of The AV Club myself.

– Community is a show stuffed to the gills with equal parts pathos and hilarity, but you probably wouldn’t know that if you were to look at the syndication trailer to Community, which gets boiled down to boobs. Girls. Boobs. Girls.

– Sam Simon, co-developer and writer on The Simpsons until the fourth season, was diagnosed with terminal colorectal cancer in late 2012 and given three to six months. He has announced that he will be giving away his entire fortune made from The Simpsons to various charitable organizations.