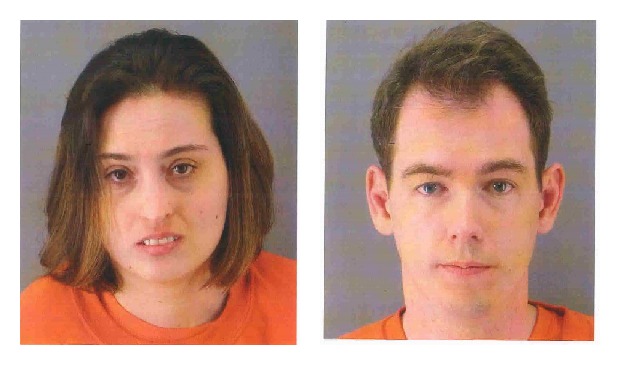 A husband and wife dubbed the “landlords from hell” for a series of escalating actions and threats made against their tenants in a San Francisco apartment building several years ago have pleaded guilty to multiple felony charges, prosecutors said today.

Kip Macy, 38, and his wife Nicole Macy, 37, were recently extradited from Italy for a case that began when they wanted to evict tenants out of a six-unit apartment building they owned in the 700 block of Clementina Street in San Francisco’s South of Market neighborhood.

Starting in August 2006, Nicole Macy sent an email from an account she created pretending to be a tenant to fire an attorney who was representing the tenant in a civil matter against the Macys, prosecutors said.

She also sent another fraudulent email to her own attorneys, pretending to be the tenant and threatening to kidnap and dismember the attorneys’ children, prosecutors said.

The next month, the Macys twice cut holes in the floor of one victim’s living room with a power saw. The tenant took a picture of one of the incidents and used a hammer to strike the saw and stop the cutting, prosecutors said.

They also cut sections out of the joists below the victim’s floor in an apparent attempt to make the floor collapse, prosecutors said.

The couple also threatened to shoot another victim who was working as a building manager for them and burglarized other tenants’ units, while soaking beds, clothes and electronics in ammonia on one occasion, prosecutors said.

After an investigation by the district attorney’s office, the Macys were charged in 2008 and indicted by a criminal grand jury the following year. As they were set to appear for trial in June 2010, the Macys failed to appear in court and fled the country.

They were eventually taken into custody in Milan, Italy in May 2012 with the assistance of the U.S. Diplomatic Security Service. After fighting extradition, they were transported back to San Francisco last month and agreed this week to plead guilty, prosecutors said.

Assistant District Attorney Kelly Burke said the Macys had wanted to evict the tenants to renovate the apartments and sell the building.

Burke said the property is no longer owned by the couple.

Ricardo Cartagena, 50, was the victim who moved in and also worked as a building manager for the Macys after initially being tasked with reinforcing the joists that had been purposefully damaged.

Cartagena said a rift grew between him and the Macys after he asked to be reimbursed for $60,000 in costs to repair the joists, and they began throwing his property in the garbage and frequently changing the locks to his unit before eventually threatening to shoot him during a phone call.

Cartagena said he was pleased to hear that the couple will be going to prison for their actions.