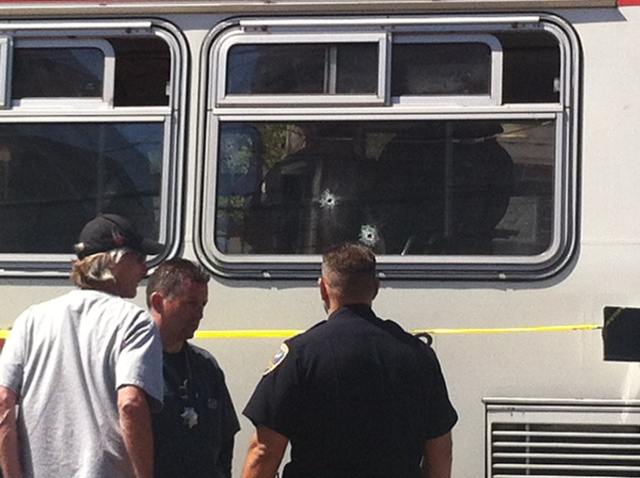 A San Francisco Municipal Railway bus driver was honored today by Mayor Ed Lee and other city officials for her quick thinking in driving a victim to the hospital after a shooting into a bus in the city’s Potrero Hill neighborhood earlier this month.

Felicia Anderson, who has been driving Muni buses for 14 years, was operating a 19-Polk bus when the shooting occurred around 2:15 p.m. on June 6 near 25th and Wisconsin streets.

The 22-year-old victim was near the back of the bus and was grazed on the left side of his head by a bullet, police said.

Instead of waiting for medics to arrive, Anderson drove the victim directly to nearby San Francisco General Hospital, where he was treated for injuries that were not life-threatening, according to police.

At an event near AT&T Park today, Mayor Ed Lee said Anderson “acted way beyond the call of her daily duties.”

Anderson said she heard the gunshots and then was told by a passenger that someone onboard was shot.

Anderson said the shooting was the first on one of her buses “and hopefully the last.”

She said she didn’t get too stressed out in the aftermath of the shooting.

“My mother said I was born calm, so I’m always calm, I don’t get too excited,” she said.

Police said three suspects connected to the shooting got onto the bus, then got off a short time later and opened fire.

No arrests had been made in the case as of this afternoon, police said.