Search Continues For Man Who Disappeared After Bay To Breakers 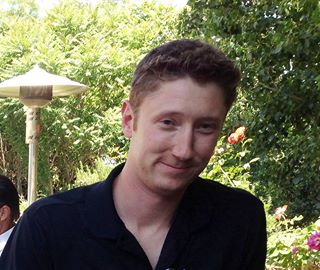 About 200 family members and co-workers from as far away as Washington state gathered this morning to search for an Emeryville man missing since Sunday near Ocean Beach after the Bay to Breakers race.

Beau Rasmussen, 27, who walked the Bay to Breakers race, was last seen when he took a photo of friends on his cell phone at 1:30 p.m. at 30th Avenue and John F. Kennedy Drive in Golden Gate Park and then separated from them, said Nicole Apelian, Rasmussen’s stepmother.

“He said he was going to go down to the water” at Ocean Beach in San Francisco, Apelian said. “A lot people do that after Bay to Breakers.”

Search continues for man who disappeared after Bay to Breakers [OBB]

“It was a hot day, there were a lot of people in the water, and I think he went in,” Mike Rasmussen said.

“He was happy he and the others finished (the race) and he went down there.”

“It’s not like him to stack his passport and cell phone,” Mike Rasmussen said. “He might have been with other people.”

The Klass group assigned the estimated 200 volunteers into 10 groups with specific tasks, including combing Ocean Beach, nearby Golden Gate Park and knocking on the doors of homes in the neighborhood, Balbutin-Burnham said.

“We want Beau to come home safe and we are doing everything we can to have him come home,” Balbutin-Burnham said from the search’s command center at the church.

Apelian praised the Klass people for their assistance, a Safeway store in San Francisco for donating food for the searchers and Beau’s employer EDF Renewable Energy, which closed down operations on Monday and Tuesday to send employees out to look for him.

“It feels like I’m going to vomit, like any mother whose kid is missing,” Apelian said. “We’re hoping we find him today.”

Beau’s parents were part of a contingent of people from Portland, where Beau grew up, who arrived this week to be in the search, including 30 people who drove down and others who flew down for the weekend, Apelian said.

His uncle, Kris Rasmussen, a resident of Lafayette, was in the search party along with Kris’s sister and five brothers and Beau’s own two brothers, ages 9 and 5.

Also taking part in the search are 25 of Beau’s college friends from the University of Oregon who arrived from Oregon, Nevada and Washington, Kris Rasmussen said.

“Our spirits are high,” he said. “I think people want to hear ‘positive,’ so we get home with a resolution.”

At the time he disappeared, “things were going very well for Beau,” Mike Rasmussen said. “I think the last time we talked was that Thursday. He was to pick up a new car in Portland that he ordered.”