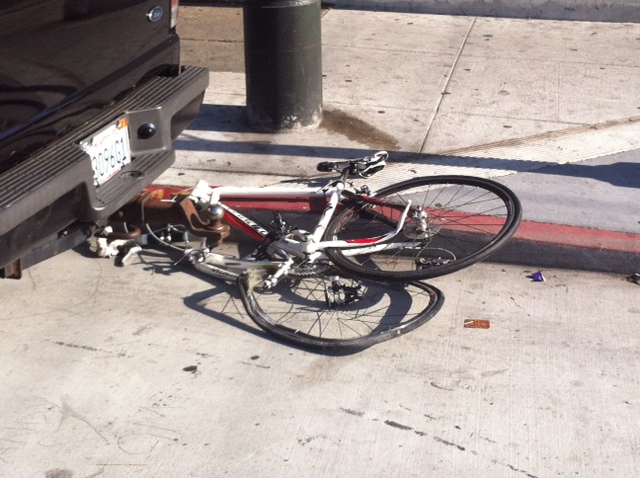 A bicyclist who was fatally struck by a garbage truck in San Francisco’s Mission District on Thursday morning has been identified by the medical examiner’s office as 21-year-old Clayton resident Dylan Mitchell.

The collision was reported shortly before 6:45 a.m. at 16th Street and South Van Ness Avenue.

Mitchell and the garbage truck were both traveling east on 16th Street when the truck began to make a right turn onto South Van Ness, police said.

Mitchell, who was traveling at a high rate of speed, collided with the rear of the truck. He was not wearing a helmet and was pronounced dead at the scene, according to police.

The driver of the truck eventually stopped at the scene after the mangled white bicycle ended up a block away along a curb on 17th Street.

Police said drugs and alcohol do not appear to be a factor in the collision.

The garbage truck is owned by Recology, which issued a statement offering condolences to the bicyclist’s family and saying the company was cooperating with the police investigation.

The investigation into the crash and the cleanup of the scene prompted the closure of South Van Ness between 16th and 17th streets for about two hours.