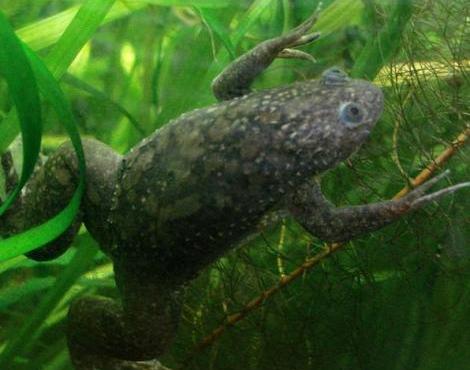 Killer frogs are on the loose in San Francisco.

They don’t kill human, but they do carry a deadly infection that is decimating the amphibian population around the world, a study from Stanford University School of Medicine reports.

An African clawed frog taken from Lily Pond in Golden Gate Park has tested positive for a fungal pathogen that is responsible for the decline or extinction of about 200 amphibian species worldwide, the report said.

The pathogen, known as Batrachochytrium dendrobatis, is transmitted through the water and the fungal spores can tunnel into the animals’ skin, causing skin thickening, electrolyte imbalance and brain swelling, said Sherril Green, a professor at Stanford and the senior author of the report.

The frogs were first brought to the United States in the early 20th century for the purpose of pregnancy testing.

In the 1920s, it was discovered that injecting the frogs with the urine from pregnant women could spur egg production in them. Hospitals began doing this to determine if women were pregnant, the report said.

The practice was largely discontinued in the 1970s and some of the frogs were released into the wild.
The other two that tested positive were found in San Diego.