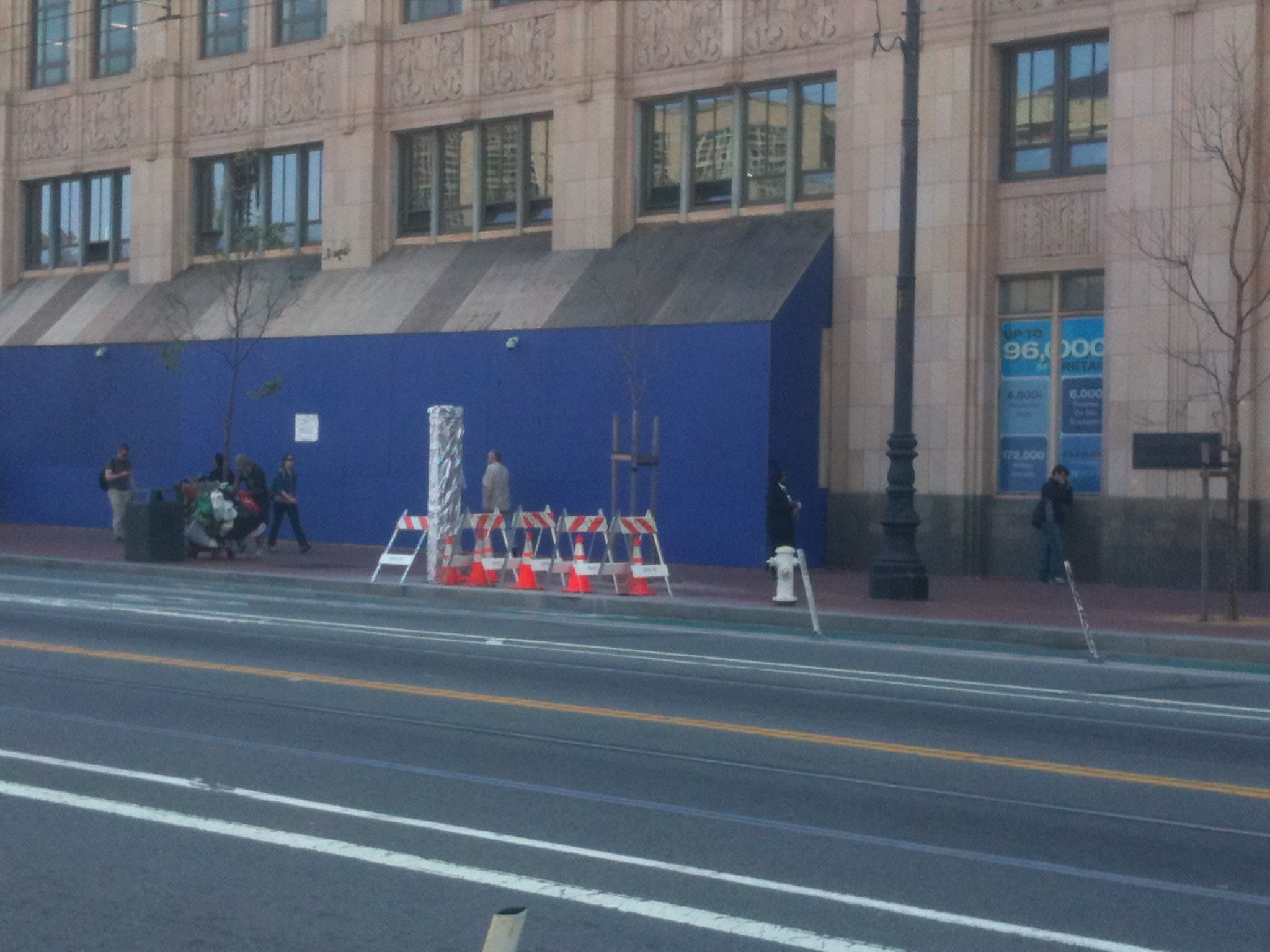 A bicycle barometer is going up in San Francisco’s Mid-Market neighborhood this week just in time to count the bicycles ride by on Bike to Work Day, a San Francisco Municipal Railway spokesman said Thursday.

Construction to erect the measuring device started this week on the south side of Market Street between Ninth and 10th streets in front of the SF Mart building that houses social media giant Twitter and other tech companies, Muni spokesman Paul Rose said.

Cones were set up this afternoon near the sidewalk spot where the 7.5-foot-tall and 1.5-foot-wide device with a digital display will stand. An embedded counter is being built underneath the bike lane.

The SF Bicycle Coalition gave $20,000 toward the barometer project.

The barometer is set to be operational in time for May 9, which is Bike to Work Day, an event that promotes biking as an alternative more sustainable, healthier form of transportation.

Once built, the device aims to tally bicycle use in the city and encourage the behavior, especially during commute hours.

As many as 1 million eastbound bicyclists are expected to cycle down the Market Street thoroughfare in the next year, according to transit officials.