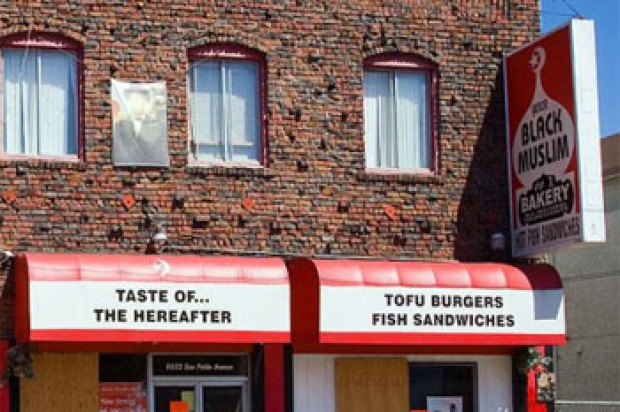 The State Bar Court disciplinary trial of an East Bay lawyer who admitted to smuggling documents out of a client’s jail cell was completed in San Francisco today amid competing pleas for her disbarment or for a six-month suspension.

“This is a huge issue of public protection and public harm,” Brune argued at the close of three days of testimony in the trial.

Brown formerly represented Your Black Muslim Bakery leader Yusuf Bey IV, 27, of Oakland, who was convicted in 2011 of three counts of murder for ordering the 2007 executions of investigative journalist Chauncey Bailey and two other men.

Brown has admitted to two State Bar charges that she smuggled documents out of Bey’s cell at the Santa Rita Jail in Dublin on March 8, 2010, and lied to investigators in an interview a month later.

The purpose of the trial has been to determine what penalty Brown should be given.

McElroy will prepare a written recommendation for the California Supreme Court, which has the final say, sometime after receiving final briefs on Monday.

The smuggled papers included a sealed greeting card for Bey’s common-law wife, Tiffany Wade, that turned out to contain instructions for destroying evidence.

The materials also contained interview transcripts for three key prosecution witnesses. Bar prosecutors contend the transcripts were annotated in Bey’s handwriting with instructions to a Bey lieutenant, Gary Popoff, to intimidate or eliminate the witnesses.

Brown has testified that she thought the sealed greeting card was a message of reconciliation and that she didn’t know about the alleged handwritten instructions.

Her attorney, Vicki Young, asked McElroy to recommend a six-month suspension, arguing that Brown’s actions were “misdemeanor conduct” and that she had no previous ethical violations and is remorseful.

“She made a grievous mistake. She has indicated by her testimony and her demeanor that she’ll regret that decision for the rest of her life,” Young said during her closing argument.

During her testimony today, Brown acknowledged in answer to a question from Young that she had sent the State Bar a letter of resignation.

Bar spokeswoman Laura Ernde confirmed that the letter was dated Nov. 7, 2010, and was sent to the bar. It has been presented as an evidence exhibit in the current disciplinary proceeding, Ernde said.

But Ernde said that under California court rules, a lawyer who wants to resign during a State Bar disciplinary investigation or trial can do so only by submitting an application to the State Bar Court and receiving permission from the California Supreme Court to resign.

Ernde said Brown did not take the step of filing such an application with the State Bar Court.

When asked by Young why she sent the letter, Brown answered, “My intention was to resign from the bar.”

Brown testified that when she agreed to take the sealed greeting card from Bey, “I felt sorry for the client” because she knew that he and Wade had been fighting.

“I knew what was going on in his life. I was trying to encourage him to make up. First thing I know, he arrives with this card he had bought” at the jail commissary, she said.

Brown said, “I never thought about the transcripts” of the witness interviews that she took out of the cell because “I thought it was all right to take them back and forth.”

The content of the sealed card and the handwriting on the papers were discovered after Oakland police and Alameda County District Attorney’s investigators, acting on a tip, arrested Popoff and seized the documents on March 12, 2010. Brown had delivered them to a Bey relative on an Oakland street the day before.

District attorney investigators testified during the bar trial that when the alleged handwritten instructions became known, witnesses became reluctant to testify against Bey and one was temporarily placed in a witness protection program on the East Coast.

Brune argued during her closing, “The witnesses were frightened. The fact that the information was passed and was made public frightened them even more.”

Brune said that during a second interview with investigators in August 2010, Brown said that one reason she had lied in the April interview was that she feared retribution from Bey’s associates if she testified against him in connection with the smuggling.

Brune quoted a transcript in which Brown said during that interview, “I frankly don’t want to be a witness against my client. If I’m a witness they could put out a hit on me.”

The bar attorney charged that comment showed that Brown was “full well aware of the dangers posed by her client.”

“She is concerned about her own safety, yet is very cavalier about instructions she is passing from her client to a third party,” Brune argued.

Brown, who became tearful at several points in today’s testimony, said the incident and the investigation have been devastating to her.

“I had never been in any kind of trouble before. This is a very precious career to me,” she told McElroy today.

On Tuesday afternoon, she testified, “I made a terrible mistake.

I don’t know why I did it. That was stupid.”

Brown resigned abruptly as Bey’s lawyer several days after her first interview with investigators, citing an undisclosed conflict of interest.

Bey was represented by a different attorney in his 2011 trial in Alameda County Superior Court. After being convicted of three counts of first-degree murder, he was sentenced to three consecutive life terms in prison.