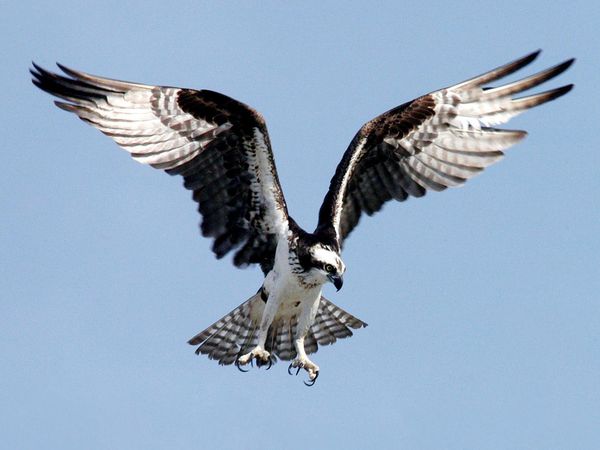 SF port workers have reportedly removed and destroyed a rare and protected birds’ nest from a pier being used for the America’s Cup, upsetting some naturalists and prompting an investigation.

As the Chron’s Matier & Ross report, the Port of SF may have violated the Migratory Bird Treaty Act when they kicked the birds out of Pier 80, which will be used for the America’s Cup.

That Act (you can read the whole thing here) states that it’s illegal to interfere with a raptor’s nest during mating season.

The raptors, specified as ospreys were reportedly the first ever seen in SF.

According to the Cornell Lab of Ornithology, the osprey (Pandion haliaetus) ia also known as the sea hawk, fish eagle or fish hawk.A large, fish-eating bird of prey, they can get as tall as two feet and display a 71 inch wingspan.

San Francisco’s ospreys had taken root in a 150-foot crane located at Pier 80 last year. After their nesting season was over, the Port took steps to keep them from coming back — steps that appeared to be unsuccessful, as a local naturalist saw one of the birds carrying nesting material to the crane last week.

The next day, the bird watcher reports, Port workers destroyed the nest.

The U.S Department of Fish and Wildlife are currently looking into the case. Port of SF Manger of Regulatory and Environmental Affairs Jay Ach told Matier & Ross that their actions were entirely legal.

The Golden Gate Audubon Society disagrees, with a spokesperson saying “It’s definitely an unfortunate situation that we think could have been avoided … and I don’t agree with the port’s interpretation.”