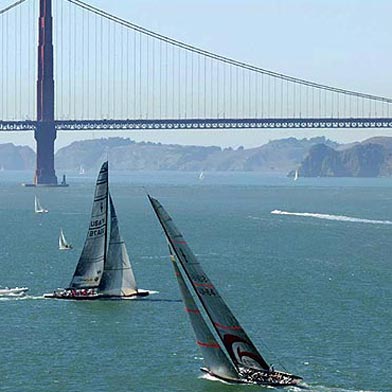 Given the current economic climate, $85 per person is a steep entry price to any event, especially a graduation.

As the Chron reports, that’s how much a trip aboard the Hornblower is set to cost graduates of SFSU’s psychology department. Though the yacht has essentially been a six year tradition for the department, its cost of entry has risen heavily.

Last year, the still steep price of $55 was what it took to attend the three hour graduation ceremony, which is held, if you hadn’t picked up on it yet, on a yacht. This year’s $30 increase has outraged parents and students alike, prompting some student Lea Lunden to look into organizing a cheaper alternative.

That didn’t sit well with the department, however. The same day Lunden sent a petition to chairwoman Julia Lewis with over 100 signatures supporting her quest for a more affordable alternative, Lunden was asked to apologize for her actions, the Chron reports.

The department maintains that a majority of students were in favor of the costly ceremony, though only 50 students out of 300 within the psychology department were surveyed, with 20 of those willing to pay more than $75.

An essay contest is being held for low-income students from the department, in which the ten best will each win a pair of tickets to the May 24 ceremony.