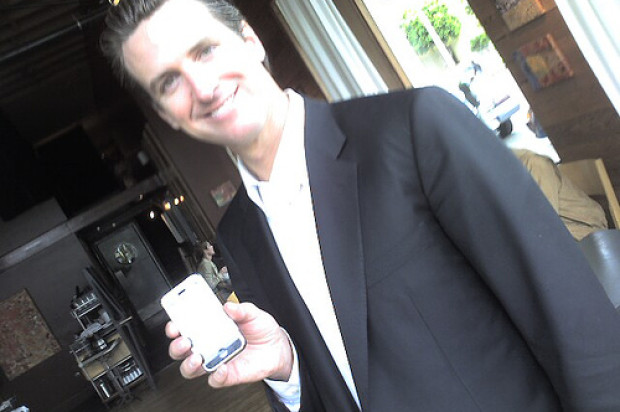 Newsom and SJSU President Mohammad Qayoumi signed a memo of intent at a news conference to launch the SJSU Center of Excellence in Adaptive and Blended Learning with online course producer edX, co-founded by Harvard and the Massachusetts Institute of Technology.

SJSU decided to start the new center thanks to the success of MIT’s edX online course “Circuits and Electronics” taken by students of SJSU’s Electrical Engineering Department last fall and this semester, Qayoumi said.

The circuits class, a difficult but required course for CSU electrical engineering majors, had a 91 percent passage rate last semester at SJSU compared to a 59 percent rate for students in conventional lecture hall classes, he said.

“I believe that the future of public universities rests on our willingness to adapt, collaborate and innovate,” Qayoumi said.

Newsom said a new generation of young people, including his young daughter who took an interest in an iPad as an infant, “are wired differently” and for them to learn, online technology must be integrated into their curriculum.

“We’ve got to wake up to this reality and get ahead of it,” he said.

Electrical engineering departments at 11 other CSU campuses are interested in having their faculty teach edX’s circuits classes in fall 2013 and are sending representatives to SJSU to learn about it this summer, Qayoumi said.

Along with the circuits class, the center will introduce this fall three to five other edX classes in applied sciences, social sciences, humanities and business now taught by Harvard, MIT and the University of California at Berkeley, Qayoumi said.