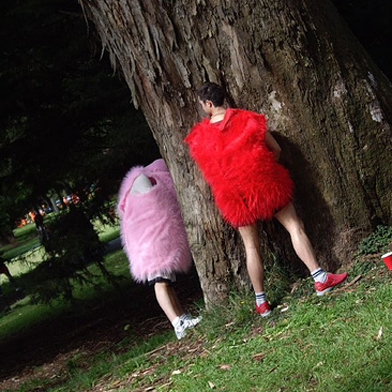 As you know, Bay to Breakers is just around the corner. Everyone’s favorite festive run turned outdoor piss fest is making a few changes for the sake of safety and, presumably, to improve its image. This year, some of those changes include limiting the size of bags, backpacks, and containers during the race.

Under new rules announced Monday, containers exceeding 8 1/2″x11″x4″ will not be allowed at all. We all know you love bringing your entire smoothie rig across GGP, man dressed as a banana, but SFPD Chief Greg Suhr wants you to leave that shit at home this time. All large rolling objects (even you, ecstasy-fueled runner!) are banned from Bay to Breakers.

But that’s not all in terms of security changes. In a move that probably should’ve been made when the race started 102 years ago, those not formally registered or wearing a bib will be removed from the course.

As the Ex reports, the May 19th race will see additional law enforcement and security as well as the general enforcement of rules they might have been lax about enforcing in the past.

That’s bad news for Gavin Newsom and anyone else who decides to crash the 12K race. As previously reported, Newsom crashed the hell out of the 2009 race and was even kind of proud of the achievement. You rebel, you.