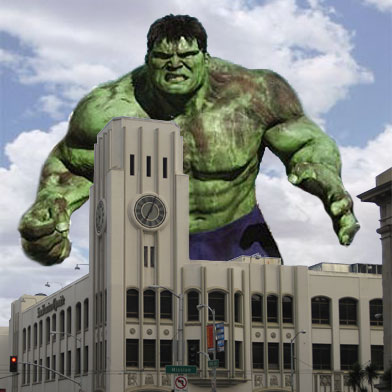 Two days after members of the San Francisco Chronicle Media Workers Guild mounted a social media campaign against an increase in health care costs, union employees are planning what they’re calling a “mass break” today at 3:15.

Hearst is insisting that we shoulder huge increases for an inferior health plan. Even offset by a meager proposed raise, this accounts to a pay cut of hundreds or thousands of dollars a years for most of us.

At publication time, the page has 142 likes, many from not just guild members but from former managers of the paper, this reporter included.

Just as unexpected as management support is, perhaps, the support offered by Alisa Messer, the president of City College of San Francisco’s union AFT 2121.

Messer tells the Guardian that “We’ve frequently heard from administrators and The Chronicle that we shouldn’t have health care for our part-time employees…but we know those are benefits that workers deserve and need — that shouldn’t be taken away from us, or workers at the Chronicle.”

It’s worth noting that most of the members of the Media Workers Guild, which extends beyond the Chron’s newsroom staff, have not had a hand in the papers’ coverage of CCSF. It’s also worth noting that the Chron staff is hardly a united editorial front — remember, this is a place that had employed both Debra Saunders and Violet Blue.

In any case, according to a letter sent to the Appeal by several members of staff, Guild members are planning a “concerted activity on Wednesday March 27th at 3:15pm.

Let’s take our break as one unit and crank up the pressure on Management. (This is what the NYTimes workers did, and they got a lot of press.)

We will keep reminding Hearst that we don’t take pay cuts lightly.

We will conduct a mass break at 3:15pm and walk around the building 4 times then return to work.