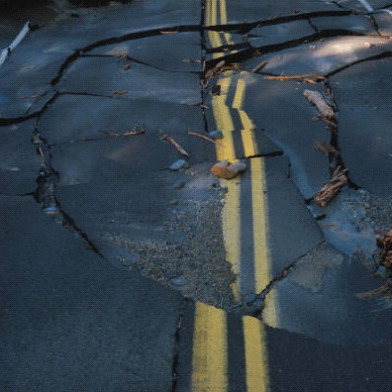 Though Lech Walesa was once so beloved by San Francisco that was named a street after him. that love came to an end when he turned into the Polish Michelle Shocked (what? His tour got canned, too). Though Walesa is in danger of losing his street, SF Weekly reminds us that he’s hardly the worst guy with a SF street in his name.

A particularly nifty example the Weekly cites is Talbot Green, of Green Street fame, who, according to SF City Guides, was an embezzler who lied about his name, got caught, and went on the run. Listen to this:

His San Francisco friends, seeking word of his fate, heard he was in Texas speculating in land, once again under the name of Paul Geddes. He was seen in New Orleans, then in Tennessee. Finally Green wrote to Larkin, admitting his misdeeds and begging for help in making amends. Larkin helped him collect money owed him in California so that he could repay his debts. Green did return to San Francisco, but was shunned by many former acquaintances. It soon became clear that he could not resume his old life. He returned to Pennsylvania, reconciled with the family he had deserted, and was not heard from again by his former friends in San Francisco.

The Weekly doesn’t mention my favorite SF Street Guy, Samuel Brannan. Brannan founded San Francisco’s first newspaper, the California Star…and some suggest he did so mainly to stoke gold fever and direct prospectors to his mining supplies company. Oh, the good old days of journalism, before bloggers ruined it. Am I right, folks?

Will the Weekly’s report encourage SF’s other Supes to join Jane Kim in advocating for some new street names in their districts? If so, DPW and the SFMTA had better make sure the indicators for those new names are spelled right, or risk the shame of having their typos appear in the Chronicle.

For the Chron reports that they are seeking photos of misspellings on street signs and sidewalks, promising a “The Streets of San Francisco” DVD set to the photo they like the most:

At a gentle estimate — maybe 5,000 intersections in the city and 8 street names on each one — there could be 40,000 of these stamped names in the city, each hand-stamped by a third-party contractor with a set of movable-type-like letters…We’re going to find some excellent typos out there.

No word yet on what the DPW or the SFMTA plan on giving away to the person who sends them the best mistake made by the Chronicle.