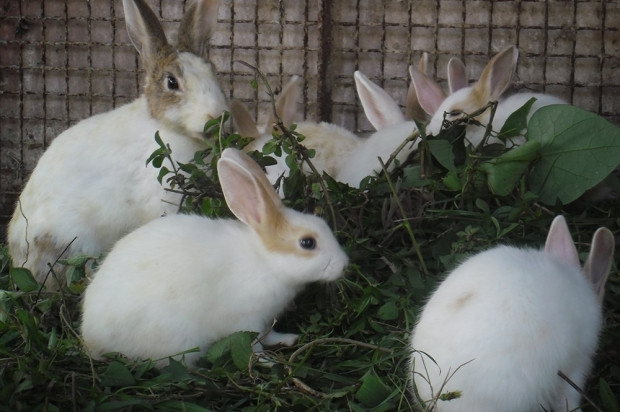 While Intrude, the installation by artist Amanda Parer, has a surreal and playful tone, its message is a serious one, according to officials with the San Francisco Arts Commission.

Parer, an Australian, developed the piece to highlight the environmental damage caused by introducing non-native species to new habitats. In Australia, rabbits have destroyed habitat and threatened local ecosystems since their introduction in 1788,

The rabbits, which will be illuminated at night, will be on display at the Civic Center through April 25 before moving to the next stop on their North American tour.

A dedication ceremony and celebration will take place Tuesday morning at 9 a.m. and Off the Grid food trucks and live music will be available onsite during lunch and dinner for the run of the exhibit.