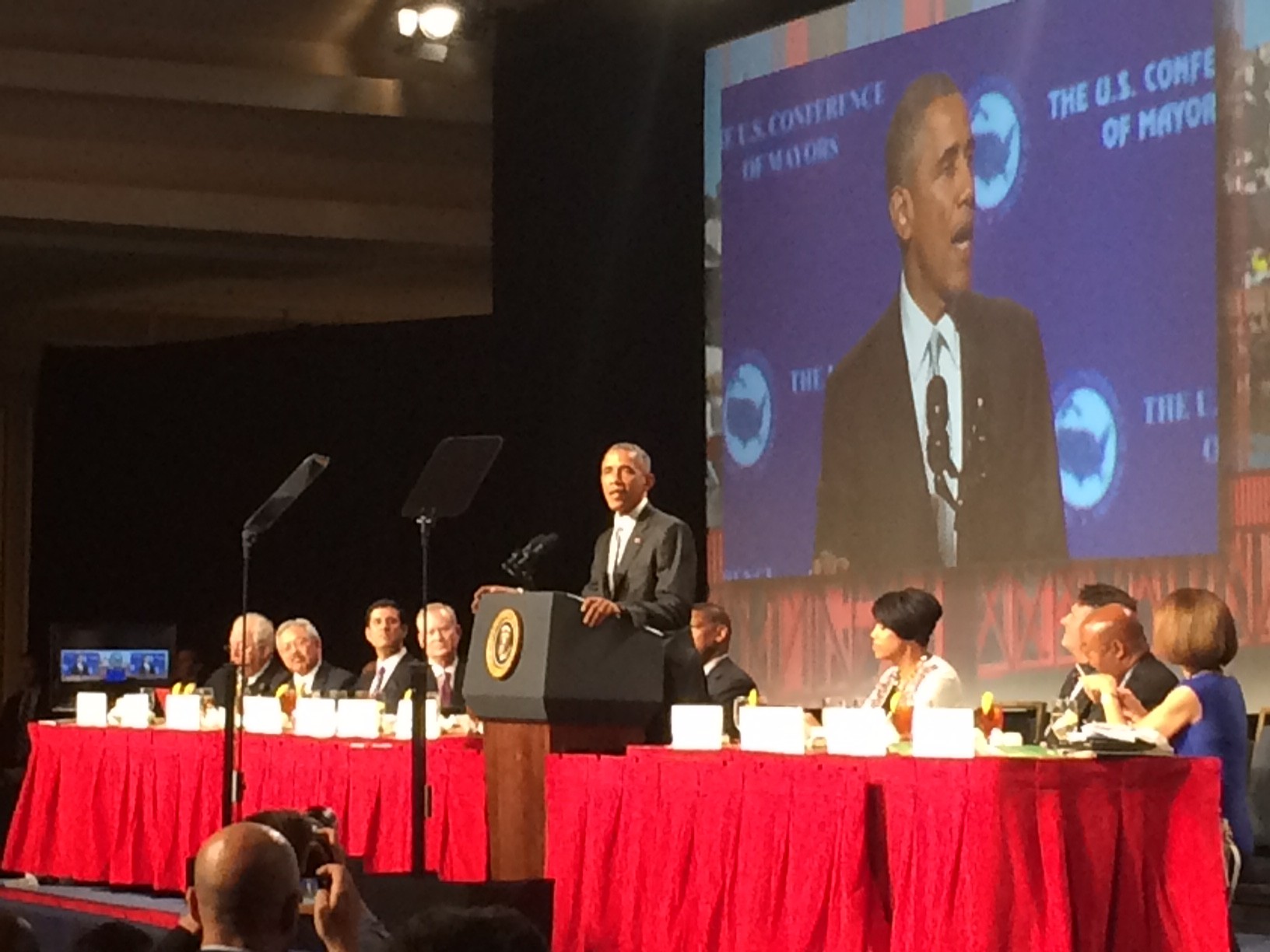 The president arrived in Air Force One at the San Francisco International Airport, which touched down at 1:17 p.m.

Obama emerged from Air Force One at 1:25 p.m. wearing a black suit and a blue and gray striped tie. His daughter Malia Obama arrived with him.

At the bottom of the stairs, the president greeted U.S. Rep. Nancy Pelosi, her husband Paul Pelosi, and U.S. Rep. Jackie Speier. Paul Pelosi took pictures of the two congresswomen in front of Air Force One.

Obama then greeted a crowd of about three-dozen people who had gathered to see him come to town. He held two babies and shook hands with several people, saying, “What’s going on, guys? How are you?”

The president will attend a Democratic National Committee event at a private residence in San Francisco for 25 supporters who reportedly paid up to $33,400 to attend, according to White House press pool reports.

Later today, he will attend a Democratic Congressional Campaign Committee fundraising dinner at the home of Ann and Gordon Getty in San Francisco. Nancy Pelosi will attend that event as well.

Obama will stay in San Francisco overnight and is set to depart from SFO Saturday around 2 p.m. and will fly back to Washington D.C.

The trip is Obama’s second to the Bay Area this year. In February, Obama attended a Democratic National Committee event at the home of former state Controller Steve Westly and Anita Yu in Atherton, as well as a Democratic Senatorial Campaign Committee event in Palo Alto and spent the night in Milpitas.