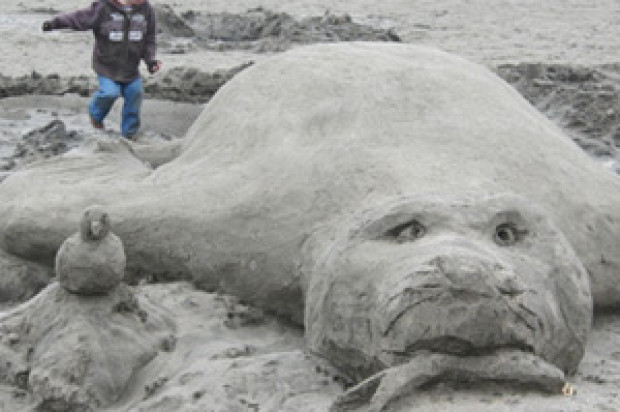 An elephant seal that looked to be stranded on a beach at Candlestick Point in San Francisco is going through a natural process and should not be disturbed, according to the Marine Mammal Center.

Marine Mammal Center personnel sent out a trained responder to assess the seal and found that it was in great condition and resting as it went through a process called molting.

The animal rescue and rehabilitation organization’s spokeswoman, Laura Sherr, explained that seals during molting lose all of their hair and grow it back and can’t be in the water as that occurs.

It may appear to have irritated skin as a result of the molting, Sherr added.

Sherr said because the animal was not in distress, there was no need to rescue or move it. Members of the public should not try to move the seal toward the water and should stay at a distance, she added.

Anyone who sees the animal being harassed is asked to call the organization’s rescue line at (415) 289-7325.