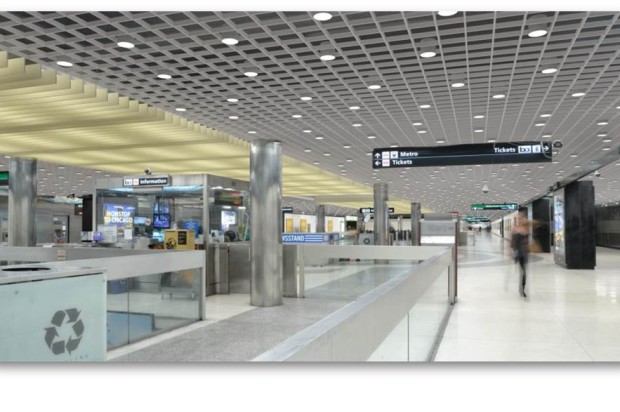 Coming off years of asbestos removal that left large sections of the 43-year-old station unavailable, BART is planning to replace the ceiling and lighting over the course of another year.

The plans include replacing existing fluorescent lighting with new energy efficient lighting in a modern grid ceiling, according to BART.

The project is part of BART’s ongoing station modernization plan and will be paid for by funds from state Proposition 1B, a nearly $20 billion transportation bond measure passed in 2006.

The BART Board of Directors awarded a roughly $7.7 million contract to Stanton, California-based USS Cal Builders, Inc. for the upgrades after a bidding process. Work on the improvements is slated to begin in June and be completed in about a year.

“Powell Street is our third busiest station and is especially high profile because it’s used by thousands of visitors a day coming to enjoy shopping, restaurants and all the other cultural attractions nearby,” BART Board President Tom Radulovich said in a statement.

More than 64,000 riders use the Powell station daily.