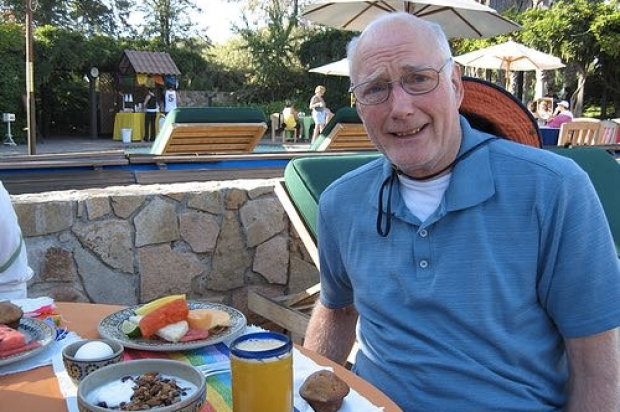 The family of a missing Alameda man is once again asking for the public’s help to find him after the man was recently spotted in an Instagram photo, his family said today.

However, an Instagram photo that was taken on the same day appears to show Beck walking somewhere around Land’s End in San Francisco.

The family said they have been combing that area and are expanding their search to include the Presidio, Laurel Heights, Sea Cliff and surrounding areas.

They’re also asking volunteers to search for photos taken at any one of those locations on Instagram, to see if Beck may have appeared in one.

Additionally, any volunteers who own drones are being asked to help by flying their drones along the coastline in search of Beck.

The sighting seems to match information that was given to the family by Alameda police, suggesting that BART security cameras showed Beck boarding a Millbrae-bound train at the 12th Street Station in Oakland just minutes after he was dropped off, Beck’s family said.

Beck does not suffer any medical conditions that would cause him to become disoriented or lose his memory, according to his family.

In 2012, Beck was named as a defendant in a U.S. District Court case brought by the Federal Trade Commission against the marketers of a series of infomercials that sold financial coaching programs.

Beck starred in one of the infomercials, which aired in 2004, claiming that users of the program could earn substantial amounts of money by purchasing cheap homes at government tax sales and then selling or renting the homes, according to the FTC.

Beck was ordered to pay over $113 million for deceiving close to one million consumers with the “get-rich-quick” system, according to court documents.

Beck is described as a white man with glasses standing 5 feet 11 inches tall and weighting 180 pounds. He was last seen wearing navy blue pants with green and blue plaid shirt.

Beck’s family has set up a Facebook page with more information about his disappearance at www.facebook.com/findjohnbeck.

Anyone with information about Beck’s whereabouts is asked to call the Alameda Police Department at (510) 337-8340.