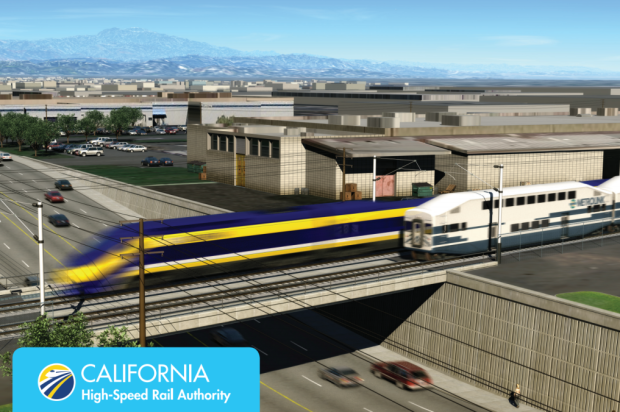 The first leg of high-speed rail in the state will stretch between the Central Valley and San Jose, but trips aren’t expected to launch for nearly another 10 years.

Construction on the rail between the two regions is expected to be finished by 2024, but won’t start running until the following year, according to a draft on the project released Thursday by the California High-Speed Rail Authority.

Once trains start running between the two regions, it will reduce an average three-hour drive between Fresno and the Bay Area to an hour trip on the system, according to authority officials.

The route would start north of Bakersfield to the Caltrain Diridon station in downtown San Jose, which links commuters to other transit systems including Amtrak trains and the Santa Clara Valley Transportation Authority light-rail vehicles.

Initially, the first tracks were supposed to link Merced and the San Fernando Valley that were projected to become available in 2022, authority officials said.

The available funds can bring the Silicon Valley to Central Valley connection operational earlier and in addition would provide economic benefits to both sides, according to the authority.

The overall capital costs were reduced from $67.6 billion to $64.2 billion for the first phase, which will also focus on efforts to connect Burbank, Los Angeles and Anaheim, authority officials said.

Voters approved $9.95 billion in bonds for the project in 2008 and another nearly $3.5 billion has been secured through federal grants, which includes money from the American Recovery and Reinvestment Act, authority officials said.

The authority plans to clear the project through San Francisco along the tracks serving Caltrain and the Los Angeles/Anaheim area by next year, according to the authority.

The Peninsula Corridor Joint Powers Board, which operates Caltrain, has agreed to fully electrify the tracks to serve the high-speed rail system, authority officials said.

Once completed, the system is expected to take passengers between Los Angeles basin and San Francisco in less than three hours. A second phase of the project would extend system to San Diego and Sacramento, authority officials said.

The public can comment on the draft through April 18. The plan can be viewed online at
http://www.hsr.ca.gov/docs/about/business_plans/DRAFT_2016_Business_Plan_0201816.pdf.