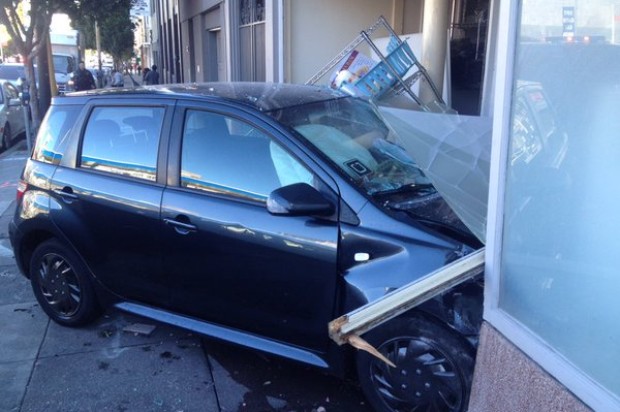 No one was injured when an Uber-affiliated vehicle crashed into a building in San Francisco’s South of Market neighborhood this morning, according to the fire department.

The car crashed into 1287 Howard St. near Ninth Street at about 11 a.m., fire officials said.

Photos from the fire department show an Uber placard in the windshield of the SUV. An Uber spokeswoman could not immediately confirm if the SUV driver was working at the time of the crash.

The cause of the crash remains under investigation.