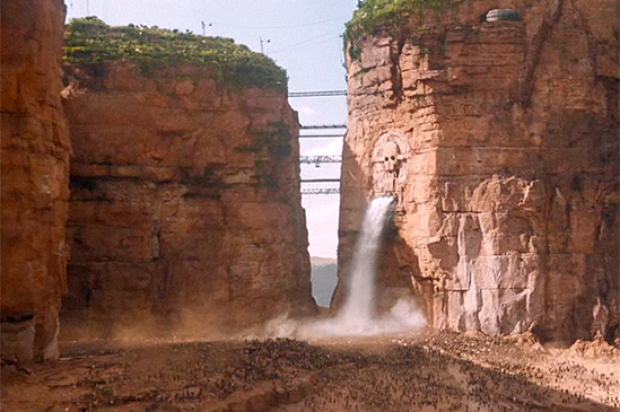 The East Bay Municipal Utility District released today nearly 1,100 names of customers who in a two-month billing cycle used more than 1,000 gallons of water per day and were penalized for it.

Those customers violated the Excessive Use Policy Ordinance, which imposed fines on suspected water wasters as a reaction to the state’s drought, according to EBMUD officials. The district today released a partial list of violators, reflecting those billed Sept. 26 to Oct. 9.

Their information was released based on media requests, following a similar EBMUD release from two weeks ago that revealed Billy Beane of the Oakland A’s, among many others, violated the ordinance.

Below him on the list were Mike Carvin, a daily 8,764-gallon user, and Thomas Seeno, a daily 7,842-gallon user. Both hail from the construction industry.

Steven Burd, who served as president and chief executive officer of Safeway for more than two decades, used 7,255 gallons of water per day in the billing cycle.

Burd and Seeno are neighbors in Alamo. Carvin lives in Alamo as well. In all, 289 of the customers listed as excessive water users were residents of the small East Bay city.

Homes in Danville, which had 254 customers on the list, came second in prevalence.

A Danville resident topped the previous list of excessive water users — George Kirkland, a former Chevron executive who used 12,579 gallons per day. Beane had the third-highest water use at 5,996 gallons.

EBMUD spokeswoman Abby Figueroa, in an Oct. 16 news conference, said the agency expected certain East Bay cities that have large homes with big yards would have more residences facing penalties when the ordinance went into effect in July.

The ordinance penalizes single-family residential customers who exceed 80 units — with each unit being 748 gallons — in a billing cycle. Those who exceed the cap, which translates to about 1,000 gallons of water per day, are subject to a $2 penalty for each unit over that 80-unit threshold.

Figueroa said EBMUD’s board had to draw a line with the ordinance because “when your primary supplier, Mother Nature, isn’t delivering, you need to make some adjustments.”

But part of the penalty was never intended to be EBMUD exposing water wasters, she said.

During the news conference, Figueroa stressed that giving the media access to information about customers who violated the ordinance was necessary under public records laws.

“We’re protective of our customers’ information,” she said. “We don’t believe drought shaming is the way to go.”