Weekend Watch: The Intern, The Green Inferno, and Sicario

Hotel Transylvania 2 Meet the Patels Sicario Stonewall The Green Inferno The Intern by Paolo Sambrano | September 25, 2015 8:45 am | in Culture | 0 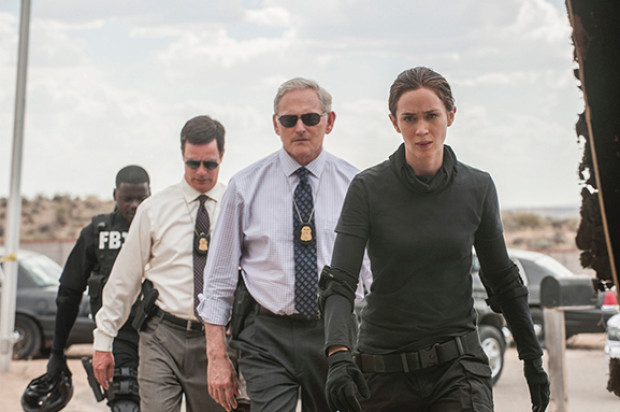 The Intern
Robert DeNiro and Anne Hathaway star in this light lifestyle movie that largely just seems to want to assert that baby boomers still have something to teach people. And on top of that, shaming current masculinity — because since when did men in suits turn into men wearing untucked Doctor Who as Calvin and Hobbes shirts?

The Green Inferno
Eli Roth presents Cannibal Holocaust 2K15. This movie is a parade of kill sequences of young idealistic college kids trying to help a remote Amazonian tribe that ends up eating them one by one.

Hotel Transylvania 2
Sorry for being that guy, but I only vaguely remember the first one? It’s an animated movie about a titular hotel staffed by movie monsters and Dracula is in it and he’s tying to get his half-vampire, half-human son to embrace his vampire side. This just makes me hold out for a Blade 4 and/or reboot within the MCU.

Sicario
Sicario (Spanish for hitman) might be pegged as a drug cartel movie for people who read The New Yorker, much like Steven Soderbergh’s 2000 Traffic was. Which for all intents and purposes is true. But it is also a subversion of the idea of the strong female protagonist. Emily Blunt is an idealistic FBI agent part of a task force to Mexico and Benicio Del Toro is along for the ride as a shady mercenary.

Fun fact: this movie was written by Sons of Anarchy’s Taylor Sheridan, who was Deputy Hale.