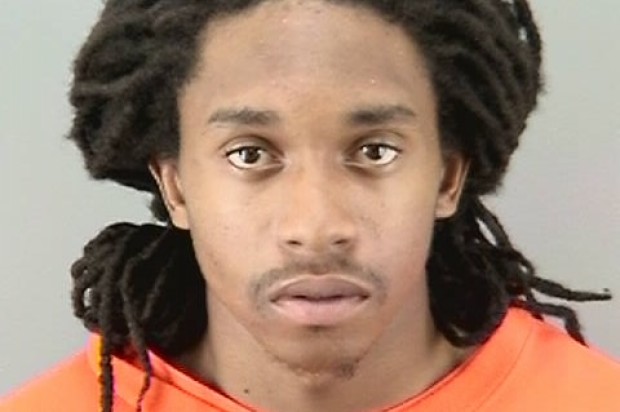 Police arrested a San Francisco man for a hit-and-run that severed the leg of a 64-year-old man in the city’s Portola neighborhood on Monday.

The victim was about to enter his parked car at Gaven Street and San Bruno Avenue when the driver of a four-door Acura Legend swerved into him at 7:23 a.m. Monday, police said.

The driver fled the scene and made no attempt to offer aid, police said. The car’s license plate, however, was left behind at the scene.

Less than two hours later, officers from the Ingleside Police Station found the vehicle the license plate belonged to abandoned in a parking lot in the 300 block of Alemany Boulevard, police said.

According to police, a DMV check identified Sirvaunte Rhodes, 23, of San Francisco, as being the owner of the vehicle.

Rhodes, who already had a pending misdemeanor traffic case against him, met with investigators on Tuesday. After the interview, Rhodes was arrested and booked into San Francisco County Jail without incident.

According to police, Rhodes is facing felony charges of hit-and-run, mayhem, and falsifying evidence.

Police said the victim is still in the hospital and is in serious condition.