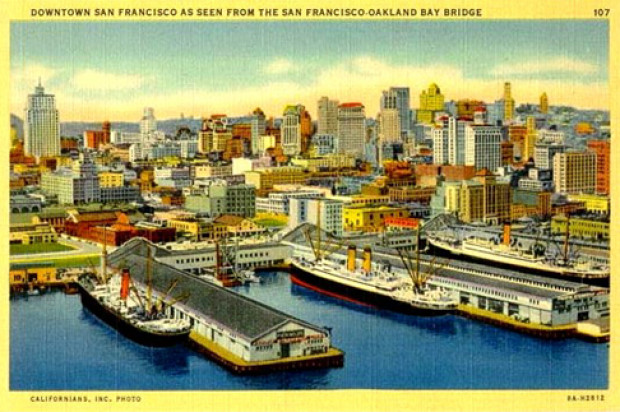 San Francisco’s Market Street will be lit up this evening with new art installations aimed at sparking imagination and public interaction in the Central Market neighborhood.

The art installations, located on Market Street between Fifth and Seventh streets, are part of the Light Up Central Market project that will be unveiled at an event scheduled for 6:30 p.m. at The Hall located at 1028 Market St. The official flipping of the switch will then take place at 7:30 p.m.

In addition to the Light Up Central Market project, art projects that are part of the Living Innovation Zones, managed by the San Francisco Planning Department, the Mayor’s Office of Civic Innovation, and the San Francisco Arts Commission, will also be unveiled.

Mayor Ed Lee said in a statement today, “The city is supporting the arts by creating affordable spaces for artists to showcase their work.”

Lee said the Living Innovation Zone is part of the city’s efforts to transform the Central Market neighborhood into “a vibrant hub for the community with new jobs, new homes, world-class small businesses and thriving community-oriented arts organizations.”

The Light Up Central Market project illuminates six site-specific projects, including the building facade of the non-profit Luggage Store Gallery and a 10-by-24-foot interactive bench.

The interactive and illuminated bench, titled Block by Block, stacks, swings, pivots and can be reconfigured in numerous ways.

Block by Block is expected to remain on the sidewalk for one year. The public is encouraged to use the structure, composed of wood and illuminated plastic blocks, in whichever way they choose.

Rahaim said, “When the city partners on projects such as these, we are taking a position that art is a legitimate public purpose.”

Prototypes that will remain on temporary exhibit on Market Street include an interactive, rotating public seating installation, a public ping-pong table and an outdoor urban exercise path along Market Street.