Appealing TV: Doctor Who, The Mindy Project, And The Emmys 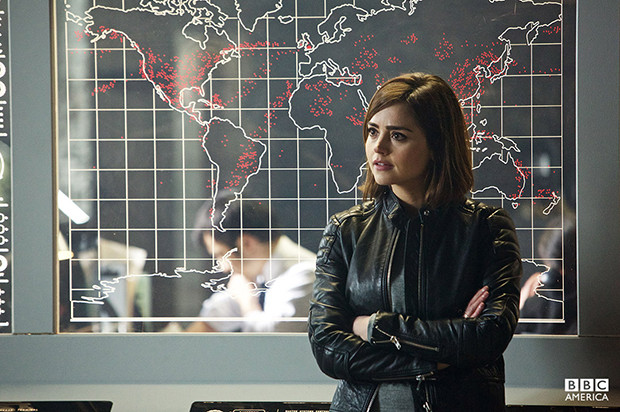 Monday, September 14
Monday Night Football (4pm, ESPN, season premiere)
Nobody is ever ready for football, especially people who tweet about not being ready for it.

American Ninja Warrior (8pm, NBC, season finale)
I’m guessing the ascendance of Kacy Catanzaro last year helped elevate the profile of the show or have all y’all been watching American Ninja Warrior from the jump? I’ve always regarded the show as an entertaining oddity (and perfect summer show), but with every season the show gains more mainstream success and honestly, it’s not a bad thing. Because watching people with immense grip strength climb on things doesn’t get old and is a skill able to generate emotions from the audience.

Tuesday, September 15
The Mindy Project (Hulu, fourth season premiere)
All hail uncle internet, savior of shows from the clutches of regular television, bringing back our favorites. Mindy Kaling’s sitcom gets a fourth season on Hulu that we all get to enjoy, or maybe try to get to eventual, in this early of Peak TV™.

Best Time Ever (10pm, NBC, series premiere)
I have no idea what Best Time Ever is other than the delightful Neil Patrick Harris is hosting. And if anybody is capable of ushering the vaunted Best Time Ever, NPH would. Although I have a sinking feeling this will be a repeat of the ill-fated Knock Knock Live with Ryan Seacrest weeks earlier that was canceled promptly.

Thursday, September 17
The Streamy Awards (10pm, VH1)
The yearly awards for the best in internet video content make their way to actual TV.

Friday, September 18
Black Jesus (11pm, Adult Swim, season premiere)
I’m really glad this got a second season, personally. From the creators of Trailer Park Boys and The Boondocks, the title tells you everything you need to know about the show. Black Jesus and his band of followers live in Compton and try to do good while getting paid and high.

Saturday, September 19
Doctor Who (9pm, BBC America, season premiere)
I’m not sure if William Shatner versus Stephen Moffat is a viable Twitter beef on par with the Taylor Swift and Nicki Minaj feud, but goddamn if I”m not taking the side of Captain Kirk. Moffat needs to retire as showrunner of Doctor Who, but more importantly, Peter Capaldi has been a decent Time Lord, although god I would have loved The Rock to be the Doctor.

Sunday, September 20
The 67th Annual Primetime Emmy Awards (5pm, FOX)
Let’s livetweet our snark and feel infinite with the gallons of RTs and favs we will earn.